Recently launched by way of an international workshop in Imperial Beach, California, the Marine Wilderness 10+10 (MW10+10) Project is bringing to life tales of recovery from human-caused demise to wild marine life. “Marine wilderness” means intact, functioning, and balanced ecological systems that sustain abundant sea life, healthy places for marine species to spawn and nurture their young, safe stopovers for migrating birds, and generally areas valued because they are truly wild. In May, 20 sites were selected and will be announced at summer’s end after a process of vetting and team-building involving existing site managers and local community leaders. Over half these sites are along the Pacific Coast of North America and in the Caribbean. 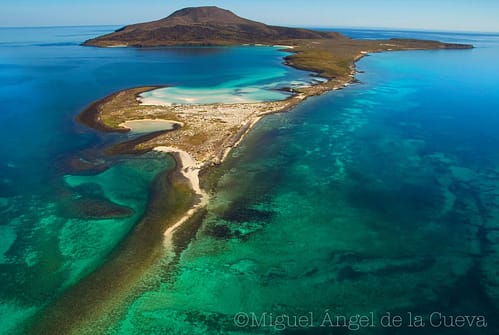 The MW10+10 is driven by a consortium of small NGOs teamed up with top level professional photographers and filmmakers – amenable to partnering with scientists, local Indigenous and community groups, government agencies, ethical businesses, and philanthropists aligned with the singularly-defined idea of “marine wilderness,” and using replicable project mechanisms for better management, community engagement, monitoring, and enforcement.

“The principal tool for bringing back an area lost to overfishing and human development impacts is the Marine Wilderness Site Plan, which uses a template common to all sites but allows for customizing site management and enforcement terms to address the needs of stakeholders enabled to envision why ‘getting to a marine wilderness state’ is in their interest,” says Julie Randall of The WILD Foundation, who has worked with partners, including the US Fish and Wildlife Service, to build the marine wilderness collaborative since 2008. 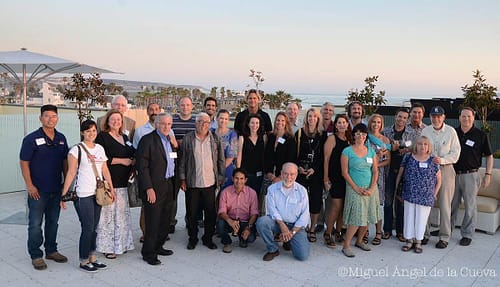 “The Site Plan also contains a communications strategy that uses visuals and quick-and-easy to understand scientific data to incentivize policy-makers as well as local people and other stakeholders to act now,” says Fay Crevoshay, Director of Policy & Communications for WILDCOAST/COASTAL SALVAJE.

Conservation photography and film is integral to the MW10+10 site plans. Argues Healthy Reefs Initiative director Melanie McField, “There is no better tool than full color photos and film of reefs teeming with vibrant corals and colorful parrotfish and hosting the occasional sea turtle or shark to make people think more deeply about the last reef they saw while snorkeling on vacation and confront the probable causes of dead corals, algae overgrowth and devoid of fish life that has become the norm on most reefs.”

“The conservation photography of the MW10+10 also captures the human story – artisanal fishing communities forced further out to sea only to catch fewer and smaller fish for a longer day’s work,” adds iLCP Associate Fellow Jason Houston. “It’s not only an environmental issue but also a humanitarian one. Because of their deep cultural connections to the ocean and reliance on it for food, these communities’ involvement in finding sustainable solutions is essential.”

Briannon Fraley, Self-Governance Director, Tolowa Dee-ni’ of the Smith River Rancheria, is taking the lead on a site called Pyramid Point in Northern California. She says, “The integration of the indigenous world view into conservation through this consortium brings a refreshing perspective to the meaning of wilderness. The concept of wilderness absent of people is not an effective approach to long term health of our marine ecosystems. We need to educate the general public on how to respectfully interact with the ecosystem, resulting in successful outcomes of Marine Wilderness. The work the Tribe is doing in stewardship is an important focal feature the Site Plan will highlight through this project.”

“Marine wilderness areas are refugia for wildlife but also the best ‘control group’ for studying climate change effects on the ocean,” comments John Schmerfeld, Climate Change Coordinator for the US Fish and Wildlife Service. Places led by association with highly endangered iconic species – charismatic draws for attention and well as health-indicative threads of the food web – the MW10+10 sites will also squarely place appropriate blame on perpetrators of trash that wildlife ingests and suffocating algae blooms caused by pollution.

In celebration of World Oceans Day, the MW10+10 is announced to be more than just words on a page or pictures on a screen. They will be action projects uniting the talents and commitment of various conservation actors around a commonly understood goal, able to catalyze change that protects and brings back the wild for good.