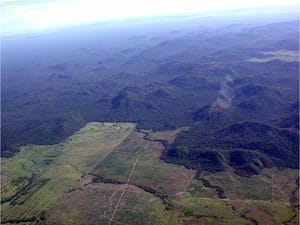 The Kayapo territories span 10.5 million hectares in the Xingu region of southeastern Amazon of Brazil and form possibly the largest single protected tract of tropical forest in the world. The protection of these traditional lands can be traced to an historically warrior culture of the Kayapo, strong leaders and well-developed communal society predicated upon ceremony and symbolism.  Protecting this land is a constant struggle in this lawless region.  The Kayapo constantly need to defend their borders from encroaching ranching, logging, gold-mining and land fraud.  The now have another major battle to face – the construction of a hydroelectric dam. 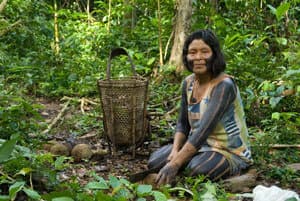 For indigenous groups, the drying out of the Xingu would change life as they know it. The Kayapo and other indigenous groups rely on natural resources, and use these resources in a sustainable manner.   The drastic changes to the entire Xingu basin likely to result from the dam will have profound effects on daily life.  The latest news reports that any planned protest by the indigenous groups may not happen:

“Last week, regional indigenous leaders met here to plan a dramatic occupation of the dam’s construction site, but after four days of discussion failed to produce a consensus, the protest was called off. Members of nongovernmental groups trying to stop the dam are starting to sound resigned.

” ‘The groups are still divided,” said Christian Poirier, the Brazil campaign leader for Amazon Watch, who attended the meeting. ‘There are a lot of political considerations right now for the indigenous leaders. Some have been neutralized by handouts or threats.’ ”