I remember very clearly my first encounter with the White Rhino, in the Imfolozi Game Reserve, which I have described in some detail in my book ‘The White Rhino Saga.’ But some years after that experience I was talking with the renowned South African ecologist Jim Feely (living in Australia now for many years), and he mentioned that the largest horn of a White Rhino had come from what is today Namibia. I then acquired a copy of Rowland Ward‘s ‘Record of Big Game – Fourth Edition’ and I started to look for the record of the size of the White Rhino horn, and there it was in the book. The length of the posterior horn was 62¼” and there was an amazing photograph in the book. Roualeyn Gordon Cumming had shot the animal, but I’m not certain of the date because it is not recorded in Rowland Ward, but I understand it was in the 1840’s – if memory serves me correctly; 1847. 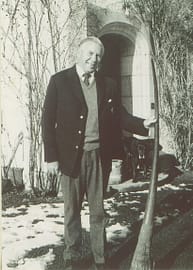 It was quite an emotional experience to have the opportunity of going into the ancestral home of this illustrious family. I remember the day very clearly because it had been snowing heavily and we had to take the horns outside to get a good photograph. 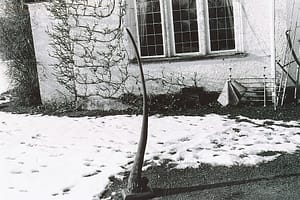 Perhaps this story is pertinent at this particular time in the history of the White Rhino in Southern Africa. Poaching has reached alarming figures, and foreign embassies being used to smuggle out rhino horn is yet another example of the need for the conservation authorities to be vigilant. I constantly remind fellow wildlife conservationists and the general public of Professor John Phillip’s words, many years ago, that have given structure and focus to my life: “There will never be a Waterloo in wildlife conservation, only a long, drawn-out guerilla war.”