Join us for a one-of-a-kind opportunity to witness an intimate conversation between some of the world’s most visionary climate leaders. Heralding from the economic, political, cultural, and indigenous spheres, this panel with discuss the next steps humanity must take to avert disaster and achieve a sustainable future.

Part of the evening’s discussion will be devoted to audience Q&A.

Organized in association with the International Society for Systems Sciences “Realizing Sustainable Futures” 2016 conference taking place July 24-29 at the University of Colorado, Boulder. 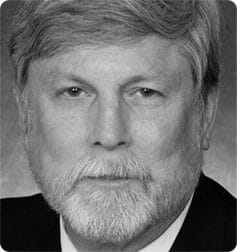 William Becker is an internationally recognized authority on energy and climate policy. Since 2007, he has been the Executive Director of the Presidential Climate Action Project, which develops recommendations for the President of the United States on how to move America to a clean energy economy and to greater climate stability. 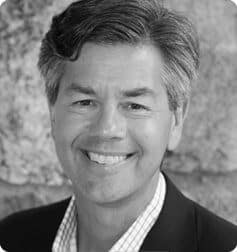 John Fullerton is the founder and president of Capital Institute. He is the author of “Regenerative Capitalism: How Universal Principles and Patterns Will Shape the New Economy,” and a recognized thought leader and public speaker on the future of Capitalism. He is also an active impact investor through his Level 3 Capital Advisors. Previously, he was a managing director of JPMorgan where he managed multiple capital markets and derivatives businesses around the globe and then ran the venture investment activity of LabMorgan as Chief Investment Officer through the merger with Chase Manhattan Bank in 2001. John is a co-founder and director of holistic ranch management company Grasslands, LLC, and a director of New Day Farms, Inc. and the Savory Institute.  In spring 2014, he was humbled to receive a nomination to the Club of Rome; he is now a full member. 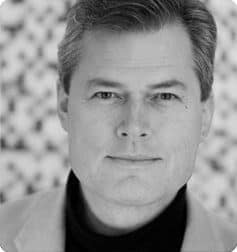 Gunter Pauli’s  entrepreneurial activities span business, culture, science, politics and the environment. Under his leadership, Ecover pioneered an ecological factory in 1992, featured on CNN Prime Time News. He founded the “Zero Emissions Research and Initiatives” (ZERI) at the United Nations University in Tokyo, and subsequently established The Global ZERI Network as a foundation, redesigning production and consumption into clusters of industries inspired by natural systems.  He has been called the “Bill Gates of Sustainability.” 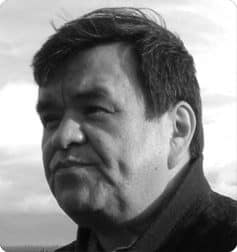 An Unangax (Aleut), Larry Merculieff, was born and raised on St. Paul Island in the Bering Sea where he had a fully intact traditional upbringing. Larry has over 40 years experience serving his people, the Aleuts of the Pribilof Islands and other indigenous peoples locally, nationally, and internationally in a number of leadership capacities.  Larry was the first Alaska Native commissioner of the Alaska Department of Commerce and Economic Development, a state cabinet post. Larry also served as the chair of the Indigenous Knowledge sessions of the Global Summit of Indigenous Peoples on Climate Change, and he served as the chair of the scientific committee for Snowchange, a consortium of Indigenous leaders from 8 Arctic countries focused on climate change. Larry is the co-founder of the Indigenous Peoples’ Council for Marine Mammals, the Alaska Forum on the Environment, the International Bering Sea Forum, and the Alaska Oceans Network. He has received a number of awards including the Buffet Finalist Award for Indigenous Leadership, the Environmental Excellence Award for lifetime achievement from the Alaska Forum on the Environment, Rasmuson Foundation award for Creative Non-Fiction, Fellowship Award from the Sacred Fire Foundation, and the Alaska Native Writers on the Environment Award. 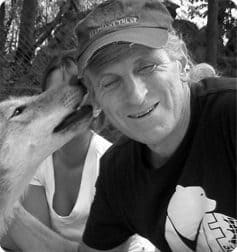 Marc Bekoff is a former Professor of Ecology and Evolutionary Biology at the University of Colorado, Boulder, and is a Fellow of the Animal Behavior Society and a past Guggenheim Fellow. In 2000 he was awarded the Exemplar Award from the Animal Behavior Society for major long-term contributions to the field of animal behavior. Marc is also an ambassador for Jane Goodall’s Roots & Shoots program, in which he works with students of all ages, senior citizens, and prisoners, and also is a member of the Ethics Committee of the Jane Goodall Institute. He and Jane co-founded the organization Ethologists for the Ethical Treatment of Animals: Citizens for Responsible Animal Behavior Studies in 2000. Marc’s latest book is Rewilding Our Hearts: Building Pathways of Compassion and Coexistence and his homepage is marcbekoff.com.

FILMMAKER JEFF ORLOWSKI served as director, producer, and cinematographer on the Sundance Award-Winning film, Chasing Ice. Orlowski’s feature length documentary was invited to screen at the White House, the United Nations and the United States Congress and has captured over 40 awards from film festivals around the world. It went on to receive an Academy Award nomination for Best Original Song, and has screened on all seven continents.

As founder of Exposure Labs, a production company geared toward socially relevant filmmaking, Orlowski, 32, has served as director and producer of short film projects and online/broadcast commercial work. He has worked with Apple, National Geographic, Netflix, Stanford University, and the Jane Goodall Institute among many others. His work has aired on the National Geographic Channel, CNN and NBC and has been featured in The New York Times, The Wall Street Journal, Time Magazine, NPR and Popular Mechanics. He has traveled on tour representing the Sundance Institute, President Obama’s Committee for the Arts and Humanities, and the National Endowment of the Arts.  Orlowski most recently produced the award-winning film Frame by Frame and earlier this year received the inaugural Sundance Institute | Discovery Impact Fellowship for environmental filmmaking. He lives in Boulder, Colorado.

Before joining Future Earth as the Director of the Colorado Global Hub, Josh was the Maggie and Doug Walker Endowed Professor of Natural History at the University of Washington, with appointments both in the department of Biology and the College of the Environment, where his work focused on major global change issues, including the impacts of climate change on biodiversity, the potential of landscape connectivity to mitigate the impacts of climate change, and the impacts of species loss on ecosystem function.

Amy Lewis has spent more than a decade researching the building blocks of collective action. She has brought this knowledge to bear in her own work as an award-winning nonprofit leader and as a scholar of environmental policy. Her research includes articles exploring the relationship between democracy and environmentally-sound policies as well as a deep-seeded curiosity about when and how public values shape government decisions. Nothing inspires Amy more than a good mystery, and she delights in exploring the profound forces that shape the trajectory of a community. Recently, she has employed her knowledge and skills at the WILD Foundation, aligning her personal goals with WILD’s mission to overcome institutional barriers that prevent collective problem-solving and create a global ethic of care for wild nature. In addition to lending her support to a growing community of activities, leaders, and visionaries taking action to keep our planet wild, Amy is also finishing the last two chapters of her doctoral dissertation, something she is committed to completing before the end of the decade.