Below are some excerpts from the field journal of Roland Goetz, Warden of Kissama National Park.  WILD was one of the first international conservation organizations to take help re-establish Kissama in the late 1990’s, after 25 years of tragic civil war left the region in great need.  WILD continues to provide urgently needed conservation supplies, training and capacity building and guidance on conservation efforts to the one million hectare park. 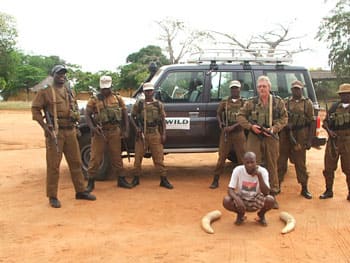 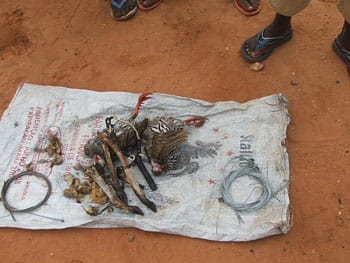 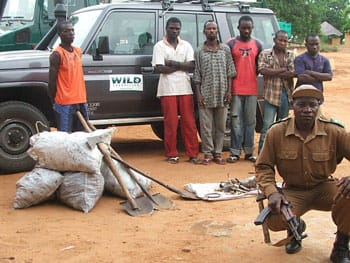 On 21 may 2009, we apprehended 5 poachers who had snared and killed a grey duiker and 2 red necked francolin.  They also made 10 bags of charcoal.  The following day we apprehended 4 illegal charcoal makers with 10 bags charcoal in their possession. After taking them back to Caua Camp, under guard, it was discovered that one of the poachers in our custody was Mr Fuma, who we’ve been looking for since 2004 for shooting and killing an elephant, (whose tusks we have been in possession of since the incident).

The game guards contacted IDF (Angolan government anti-poaching unit) who sent out a team of 4 investigators to conduct an inquiry and hearing in terms of normal due legal process. The conclusion resulted in total fines for 5 poachers and 4 charcoal makers sum of $6 891.10. The elephant poacher, included in this group, was fined $2 810.32. The 4 charcoal makers have since been released upon payment of their fines. However, the poachers are still in Caua under guard performing community service within the park as their fines have yet to be paid. The next step is to prosecute the poachers as the time period which IDF granted them to pay their respective fines has lapsed. Waiting on due process of law. 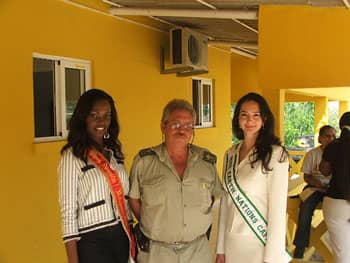 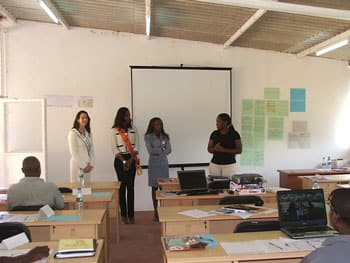 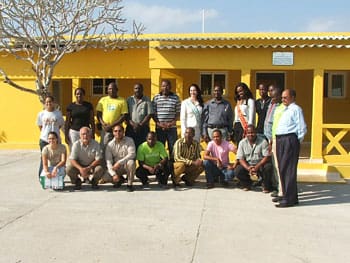 On 31 January 2009, the ranger training school for ex military veterans opened at Catalancombi. Present were Minister of Environment Min Fatima Jardim, Gov of Bengo Province Jorge Dombola and other dignitaries including Angolan media. Minister Jardim even arranged for “Miss Angola” and “Miss Earth” to visit the school on another occasion scoring great publicity for the school and park.

The first course for park administrators was also funded by GTZ – German corporation, representing German federal government was held on 15 June 2009. Second short course started on 1 July 2009, each of two weeks with trainers from SA & Tanzania. Planned course for field rangers should begin 1 August subject to selection of students. Each course lasts five weeks. Trainers are from SA Wildlife college.