Because You Are A Nature Protector

…You’ll be inspired by these environmental champions.

At WILD, we want to elevate the perspectives of people from all walks of life that are movers and shakers when it comes to environmental activism. We realize that diversity is the secret sauce to solving grand challenges, such as climate change and mass extinction.  The nature protectors we feature this month give voice to the truth, making it easier for others to join in the movement to save life on Earth. We hope their example will inspire you  to speak up, take action, and express urgency in the climate and extinction crises. 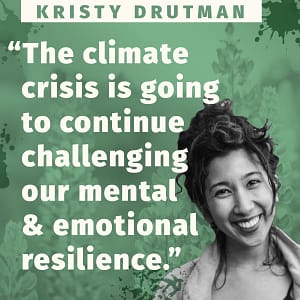 Through her studies at UC Berkeley, Kristy Drutman developed a deep care for nature and realized the urgency of environmental issues. Along the way, she had a moment where she realized she was the only brown girl in the room having these conversations. This led her to a dedicated mission in life to create a collaborative, intersectional online media with the goal of creating conscious, culturally relevant content to engage audiences about proactive solution-building to the climate crisis. Out of this, Kristy created Brown Girl Green as a powerful tool and platform to interview other environmental leaders and advocates (commonly with diverse backgrounds) to tackle massive but less talked about issues. Learn more about Brown Girl Green on her website.

Melina Sakiyama enjoyed playing amongst the Amazonian rainforest at a young age, growing an intimate bond with the land. As she grew, she realized these natural spaces wouldn’t be around for her children to enjoy. This perceived tragedy inspired Melina to create the organization Global Youth Biodiversity Network as a way for youth to be seen as a serious contributor in these crucial talks on our fight against climate change. With her strong background and love for nature and biodiversity, she is at the forefront of pushing and creating youth leaders around the world to take action in the climate crisis conversation. In addition to creating a space for youth to connect, the GYBN is also a way to infuse ideas within communities and policy, and redirect traditional material values. She’s making space for youth to be heard and forcing the masses to understand that the ideas, opinions, and values of youth should be honored. Read more about Melina’s work. 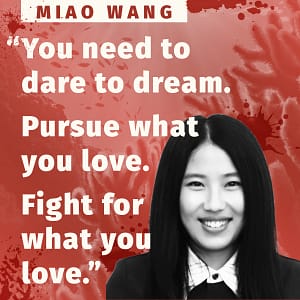 Having grown up in a coastal city, Miao spent much of her childhood on the beach, swimming and collecting seashells. Years later, this same shoreline has suffered from so much pollution that she told her niece and nephew not to swim there anymore. This experience and her own sense of responsibility as a diver sparked her desire to protect our oceans and encourage others to do so too. In addition to being a 2018 UN Young Champions of the Earth winner, and chief representative of Project AWARE Greater China, Miao founded Better Blue. She is working to build scuba diving communities that are passionate about ocean conservation, and is providing education to divers so that they can help participate in marine conservation. Within one year, she built a community of active divers in over 10 cities and supported them to conduct 180+ events in over 30 cities across China. Watch this short video to learn more about her. 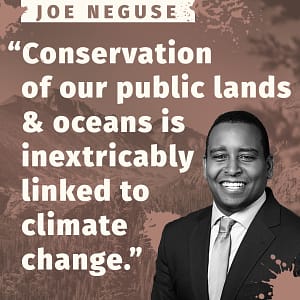 Congressman Joe Neguse, along with Deb Haaland and 3 other members of congress, introduced the Thirty by Thirty Resolution to Save Nature. This resolution follows scientific evidence that we must protect more land and ocean around the world in order to pull us back from the tipping point that nature and our climate have reached. Under the resolution, Joe Neguse and others will work to conserve at least 30% of the land and 30% of the ocean within the United States territory by 2030. Read this article to learn more about the resolution. 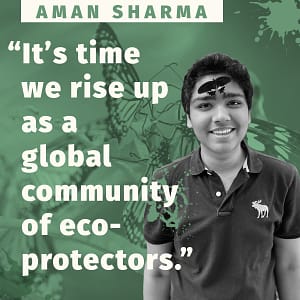 Aman Sharma’s love of birds started when watching a bulbul bird nest on his balcony as a child. From there his curiosity about birds sparked and he became one of India’s leading young conservationists. In 2019 he co-founded an international movement called All in for Climate Action. This petition garnered 1.7 million signatures to declare a climate emergency at the UN Youth Climate Action Summit. Sharma has been advocating for a more inclusive and intersectional climate movement where the voices of people of colour and Indigenous peoples are represented and heard. Learn more about The Re:Earth Initiative.