When in India you meet with effective young professionals making a real difference in nature conservation, most of them have a one thing in common…they were inspired by Bittu Sahgal (see my last post) and usually worked and were trained for awhile with Bittu’s Sanctuary Asia. 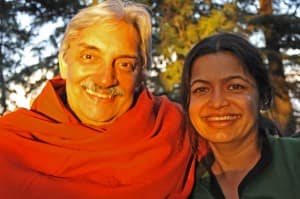 Just one example is Prerna Bindra, a very remarkable woman. A professional journalist, author, policy expert, and advocate for wild nature, she has packed a tremendous amount in the last 10 years.

She began her career in journalism, born out of a passion for the wilds, with Sanctuary Asia. Later, she moved on to mainstream media, as she believed that the message needed to percolate to the common man, and to reach a larger audience. In a career spanning over a decade, she has worked with various publications including India Today, The Asian Age, The Pioneer, Tehelka and The Indian Express— penning well over a thousand articles on nature and wildlife. She has also written nature articles for children. 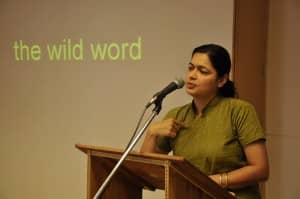 She is courageous. Prerna has done many investigative, undercover stories at times at considerable risk to life, ie., exposed the illegal trade in shahtoosh in Jammu & Kashmir, the ivory trade in Gujarat and the elephant massacre in Orissa. She has travelled across forests in naxal (bandit) controlled areas like Palamau and Saranda in Jharkhand, and also recently reported on the naxal attack in Simlipal Tiger Reserve in Orissa.

She has written extensively on the Terai, traversing through Uttarakhand-Uttar Pradesh-Bihar to understand and highlight man-animal conflict, poaching concerns, rehabilitation of villages from critical tiger habitats, tourism impact and other issues in protected areas in the Terai. She has consistently highlighted man-leopard conflict. 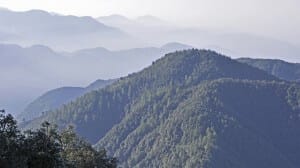 She wrote the hugely significant article exposing the negative impact on tourism in the famous Corbett National Park, which eventually resulted in the intervention of the Prime Minister. She has also focussed on many lesser-known endangered species such as hangul, dugongs, bustards, gharial, forest-owlet, lion-tailed macaques, Asiatic wild ass, hoolock gibbons etc. Her canvas also includes writing on deforestation, impact of power plants, mines and other mega-projects on ecology and livelihood.

She currently edits Tigerlink, a journal which collates and analyses information on the tiger from across its range countries. This is THE publication for up-to-date information on the Bengal Tiger, which Prerna produces with the help of Aditya Panda and the support of the Ranthambhore Foundation.

Prerna lobbies with governments, media on conservation issues, to impact change on the ground as well as policies at the state and central level. She is member of the National Board of Wildlife, the apex body on wildlife issues chaired by the Prime Minister, and is also part of the Standing Committee of the National Board that is empowered to take decisions on projects/activities within, and ten km around, protected areas that fall under the Wildlife Protection Act. She is also part of a team of the National Tiger Conservation Authority to assess the Management Effectiveness of tiger reserves in an IUCN framework.

Prerna also authored the report ‘Impact of tourism on tigers and other wildlife of Corbett’ for the Ministry of Tourism, which has raised concern at the highest level, has impacted change at the ground level as well as proved to be an impetus to create a buffer zone for Corbett.

Prerna is world-class…she gives me hope for wild nature in India, and for human beings the world over..