Can We Stop Trying to Control Nature? 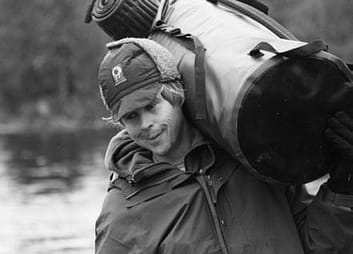 This post is an excerpt from an article from the International Journal of Wilderness (April 2000, vol.6 no.1 ) by James M. Glover.  I think you will enjoy his insight into what it means to control nature, and if indeed we can protect land without controlling nature.

Scientists in particular are uncomfortable with the wilderness idea because it seems so subjective, soft, and nonquantifiable. —Reed Noss

Author’s Note: Reed Noss’s observation (IJW, vol. 2, no. 2, 1996) should not be surprising, since the purpose of Western science has always been to control nature, not leave it alone. And so, in the following essay, I’d like to examine our compulsion to control nature, see how it conflicts with wilderness preservation, and propose we view wilderness as a healthy form of noncontrolling, “nonaction.”

The Western obsession with controlling nature goes back at least to the 11th century, when water power was applied to industrial processes (White 1994, p. 11). For several centuries, however, progress was slow because technology and science remained somewhat apart. Technology was largely the domain of working-class toolmakers and craftspeople, while science was the ivory-tower business of the intellectually-curious and radical academic philosophers (White 1994; Mumford, 1970). But this was changed forever in the 1600s, especially by the writings of two European intellectuals, René Descartes and Francis Bacon.

Starting with the now famous statement, “I think, therefore I am,” Descartes tried to build a system of knowledge based purely on rational thought. He ended up with a view of the universe as a colossal machine, all functions of which could be measured. Today, a mechanistic worldview is still known as “Cartesian,” and the belief that all questions can be reduced to calculation is, of course, a hallmark of modern scholarship and problem-solving.

Descartes also contributed to the conceptual separation of humans from nature: The quest for pure objectivity requires a kind of godlike detachment on the part of the observer (humans) from the observed (nature). This separation also made nature an object of possession, control, and exploitation. As Descartes himself put it, the whole point was to “render ourselves the lords and possessors of nature” (Descartes 1960 [1637, 1641], p. 45).

But the man who really linked science and technology was Francis Bacon. His book, New Atlantis, was a utopian vision of a research community churning out all manner of data to “the effecting of all things possible” (Bacon 1942 [1627], p. 288). 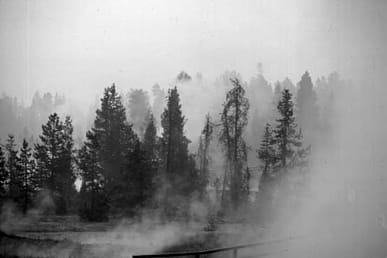 Following Bacon and Descartes come a long line of individuals— from Ben Franklin and Dr. Pavlov to B. F. Skinner and Bill Gates, and institutions, from the Hudson Bay Company to the National Air and Space Administration—to further “the effecting of all things possible.” Thus having been increasingly about power and control, Western science has furthermore been a patriarchal institution— funded by men with power motives and conducted almost exclusively by males in highly competitive milieus.

Do these “masculine” qualities also characterize the applied-science fields of resource and wilderness management? Perhaps not as extremely as, let’s say, physics, which in the telling parlance of scientists is the “hardest” discipline, while others, like biology and, even more so, behavioral/social sciences, are considered “softer.” On the other hand, most natural resource fields (forestry, fish, wildlife, range management) remain highly male-dominated and pride themselves on rational or scientific approaches to their work. They perhaps have more to do with “conquering” or “controlling” nature than they care to acknowledge.

The “control of nature” then, is a doctrine that has so permeated Western culture as to almost define it. A fundamental acceptance of the doctrine, I believe, explains the strong resistance by many—including resource managers— to any more land preservation beyond the 4% or so in the United States that’s presently set aside in wilderness and parks. And an intuitive resistance to controlling nature explains not only the persistence of mainstream preservationists, but also the seemingly more extremist views of those who protest, picket, and practice civil disobedience at various controversial sites.

A good example is occurring in the Shawnee National Forest in southern Illinois, near my home. Forest officials there have been trying for several years to cut and sell some mature pine trees that, in the 1930s, were planted on ridgetops in a part of the forest called the Bell Smith Spring area. The

U.S. Forest Service (USFS) originally proposed cutting the pines as a routine commercial harvest.  Environmentalists stopped it on the grounds that it was clear-cutting. The USFS then slightly altered the plan, called it something else, and tried again. It was successfully blocked again, so USFS came back for a third time and called it “ecological restoration.” This time, they explained, the pines needed cutting to restore the area to hardwoods, which had dominated before the land was cleared for farming about 100 years ago (USDA Forest Service 1996). This move, however, cost the agency credibility, for hardwood saplings were already filling the understory of the mature pines, and everyone agreed the ridge-tops would revert to hardwood on their own in another 20 years or so, as the planted pine trees died.

The plan included a great many other interventions, ranging from tree-girdling to road construction, all in a 27,000-acre parcel that even without improvements had already been declared a National Natural Landmark. In other words, to skeptics it seemed mostly like a plan to control nature for the sake of controlling nature, especially since nature was pursuing the same trajectory on her own.

A Crane admires his reflection in the Florida Everglades. Photo by James M. Glover.

In fairness to the USFS, the arguments put forth by environmentalists were equally specious. Using what the law gives them, they identified certain of the state’s rare or endangered species that might occur in the area and might be somehow dependent on those pines that had been planted some 60 years ago. They even found themselves arguing in favor of a rather noxious exotic plant, Japanese honeysuckle, which a state-threatened mammal, the golden mouse, has come to rely on (Race et al, 1996). These individual species, of course, were not the objectors’ major concern. I doubt many protesters knew about them before they went looking. I believe these objectors were mainly rebelling against a culture that has raised rationalism to an irrational level. They see our drive to control as a kind of cultural neurosis, the group equivalent of an overbearing, obsessive-compulsive personality.

They are not necessarily, as often accused, looking for a place they imagine has never been disturbed by humans, free from original sin, the Garden of Eden. They just want a few places left alone. They want a little chaos left behind as, out of necessity, we become more organized and systematized in order to deal with the crowdedness and dangerous machinery with which our science has presented us.

I believe that was Thoreau’s (1993 [1862]) main point in his famous essay, “Walking,” when he said, “I wish to speak a word for nature, for absolute freedom and wildness, as contrasted with a freedom and culture merely civil … for there are enough champions of civilization: the minister, and the school-committee, and every one of you will take care of that” (p. 49). That essay is a rebellion against too much rationality. At one point in it, Thoreau describes how he roots for a neighbor’s cow that breaks out of its pasture in the spring, boldly swimming the swollen river, reasserting its “native rights” (p. 66). This, of course, is a metaphor for the modern human condition.

For humans, Thoreau believes, can also be over-domesticated. They need an environment not totally tamed and they need to behave not always rationally.

Read the rest of the article >