We can be nature’s eyes.

Conservation photography has been a long-time medium for furthering environmental issues and success stories. Beginning in the 1860’s with photographers like Ansel Adams & William Henry Jackson, these images have served as a powerful advocacy tool to protect the world’s wild areas & animals. Modern day conservation photography has been more formally introduced through groups like the International League of Conservation Photographers (iLCP). Founded by photographer & WILD Foundation board member Cristina Mittermeier in 2005 at the 8th World Wilderness Congress, the iLCP is dedicated to furthering environmental and cultural conservation through communication initiatives that create vital content and disseminate conservation messages to a wide variety of audiences. Check out Cristina’s article on Conservation Photography in the International Journal of Wilderness. 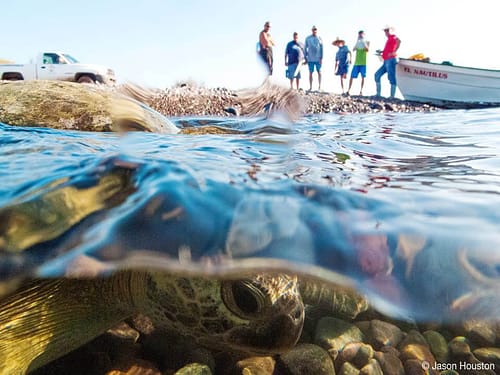 The WILD Foundation relies on these photographers to aid in spreading our mission of protecting & connecting wilderness, wildlife & people internationally. To communicate an environmental issue through one single image or group of images is no easy feat, but serves a grand purpose of engaging the viewer. Highly-acclaimed photographer Joel Sartore says that “the typical nature photograph shows a butterfly on a pretty flower. The conservation photograph shows the same thing, but with a bulldozer coming at it in the background. This doesn’t mean there’s no room for beautiful pictures, in fact we need beautiful images just as much as the issues. It does mean that the images exist for a reason; to save the Earth while we still can.” Who doesn’t love a beautiful nature photo? But when a capturing photo tells a story at the same time…that’s when the action begins. 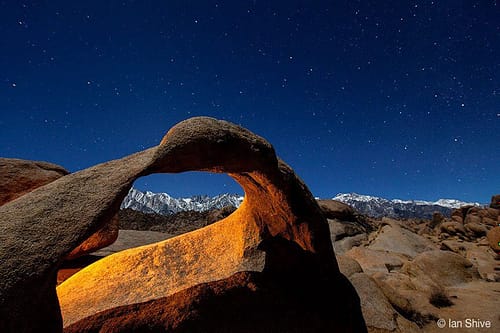 We at WILD are incredibly grateful for the likes of these conservation photographers who are working tirelessly to inform the public of the effects of climate change on the world’s vanishing glaciers, bringing awareness to marine conservation in the developing tropics, showing the threats of the Indigenous Kayapo tribe in the Brazilian Amazon or to the rare desert-dwelling elephants of Mali, and so much more. This fall, many of these highly-respected photographers will come together at the Telluride Photo Festival in Colorado to share their work and to help foster the next generation of photographers. In addition, WILD’s Communications Manager, Melanie Hill, and Multimedia Journalist/WILD Trustee, Morgan Heim, will be participating as portfolio reviewers. The reviewers will be people you will come in contact with if you are currently a professional photographer or seeking a career in photography- this also presents an excellent networking opportunity as well as feedback on your work! 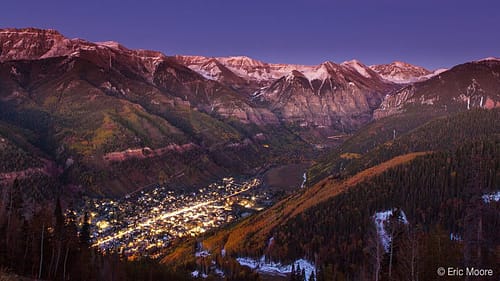 Telluride, Colorado is a charming Victorian mining town surrounded by some of the most beautiful scenery in the country, nestled in the heart of the of the San Juan Mountains. Against this backdrop, the Telluride Photo Festival brings some of the world’s most renowned photographers for a week of sharing their knowledge and passion for the photographic arts. The main festival held over the weekend is composed of seminars, speakers in the evening, panel discussions, networking events and portfolio reviews. Never a dull moment!

The festival also features a diverse set of workshops with a little something for everyone. This autumn for the first time ever, the Sierra Club’s 2011 Ansel Adams Award for Conservation Photography recipient, Ian Shive, and National Park Magazine Editor-in-Chief, Scott Kirkwood, join forces to take a select group of photographers into a National Park to go behind the lens to live the stories you see in print. Additionally, iLCP photographer Jason Houston is leading a conservation photography workshop with photo editor Melissa Ryan of The Nature Conservancy. Nationally recognized outdoor photographer, Mark Muench, puts on Composed By Light, a workshop for those interested in landscape photography with a focus on composition. Bill Ellzey is also leading Telluride’s Autumn Aspen Landscape workshop for those interested in fall foliage. Rounding things out, there will be a few other workshops which include wedding, location lighting, action sports and DSLR filmmaking. A unique aspect to the festival is that 3 workshops include photo editors from major magazines reviewing images taken during the workshop and their portfolios of the participants.

Photographers, do not miss this event! The Telluride Photo Festival will take place September 29-October 5, 2014 and tickets are on sale now. Will we see you there?