Field Guide to Nature Needs Half 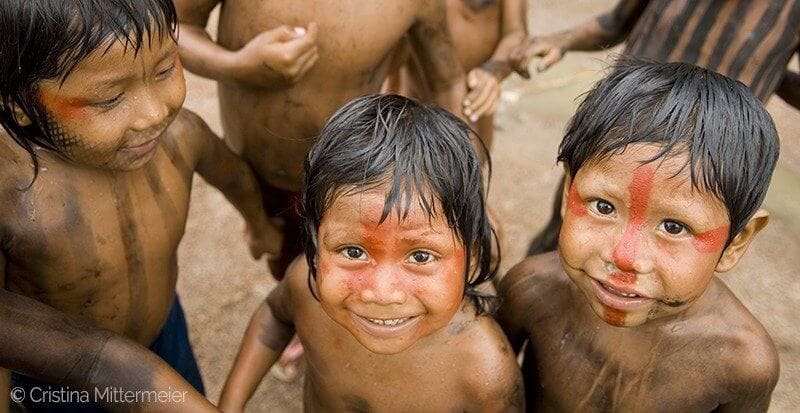 This is the first installment of a four-part series featuring a partner project in the Nature Needs Half Network. Each installment will run weekly, and every month we will spotlight a different member of the Network to reveal how their work is connecting nature across the planet for the benefit of all life on Earth and to ensure that we achieve our goal of 50% protected by 2050.

For more information about this project, please contact jackieb@natureneedshalf.org

Summary: The 8,000 strong Kayapo tribe are fighting valiantly to defend 11 million acres of rainforest from the total destruction caused by illegal mining and logging operations. Against the odds, they are succeeding, but only with the international support provided by outside NGOs. The Nature Needs Half Network prioritizes bringing greater attention to the efforts of Indigenous people to preserve and defend their home ecology and programs that defend large landscapes, protecting nature at the scale she needs to continue to function on our behalf.

Learn more about Nature Needs Half

In 1954, somewhere beneath the Amazon’s vast rainforest canopy, a meeting occurred between three men that would change the course of history for an entire culture and the living lands that this culture had defended for centuries.

Two of the men were brothers, Cláudio and Leonardo Villas-Bôas. Both were citizens of Brazil entrusted by their government with a vital economic mission: the penetration of the tropical forests to prune from the densely living undergrowth areas wide enough for the construction of roads and airfields. 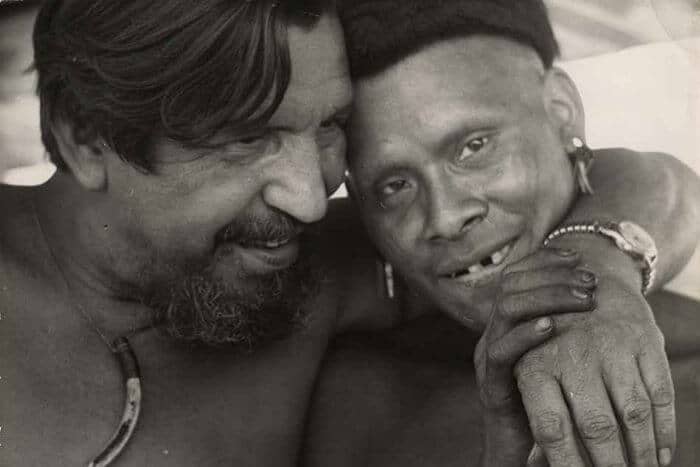 The brothers, though unambiguous emissaries of the industrialized world, were nevertheless singular in their compassion for the Indigenous people of the region. On excursion after excursion into the vine-tangled forests, the brothers encountered the previously uncontacted and, often, warrior-like tribes of the Amazon. And despite (or perhaps because of) the often confrontational and violent nature of these receptions, they lived and worked by one motto: “Die, if need be. Kill, never.”

The third man at the meeting was a young warrior in his early 20s by the name of Raoni Metukire. Decades later, Raoni would become chief of the Kayapo People, the ancient stewards of the rainforest. But in 1954, he was little more than a boy, eager to prove his worth to his tribe and curious about the outside world. 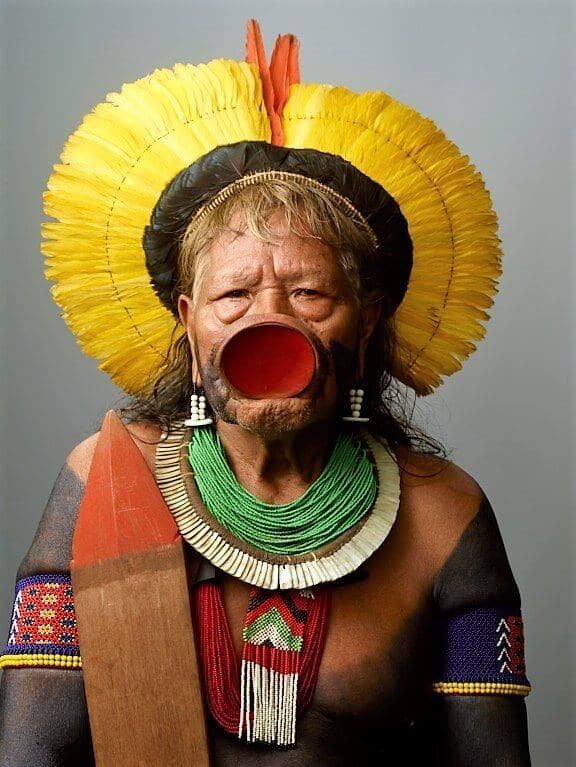 In fact, the meeting with the Villas-Bôas brothers was the first time Raoni had met outsiders and confronted the advancing wave of modernity.

More significantly still, the meeting between the Brazilian brothers and Raoni was the first recorded contact any Kayapo had with the world outside their rainforests. A fortuitous occurrence for both the Kayapo and the wider world given that this meeting laid the groundwork for one of the most important partnerships in the history of the Amazonian rainforest, a partnership that produced some of the most effective rainforest protections in the world.

Since that fateful meeting in 1954, Chief Raoni and the Kayapo People, leveraging the power of ancient traditions and contemporary alliances with NGOs, have forged the last line of defense for 11 million acres of the Amazon besieged by illegal industries engaged in the total destruction of the land they overtake.

It is a strange paradox of history that the very brothers who paved the way for the industrial-scale devastation of the rainforests also established the essential alliances necessary for its defense. A strange and perhaps providential incident given that without it there would be little hope for the region that is home to two critical components of Earth’s living legacy, including a colossal one-third of its plants and animals as well as the cultures that preserve a foundational component of the human identity.

For without the Kayapo’s commitment to its traditional culture, it is doubtful their home ecology would be as healthy as it is today. The implications of this potential loss are devastating, not just for the Kayapo, but for all life on the planet.

And the challenges they confront are daunting.

Imagine an area the size of Virginia, only unlike Virginia with a surging population of 8 million, this area is sparsely populated by a few thousand people scattered here and there across 35 villages. 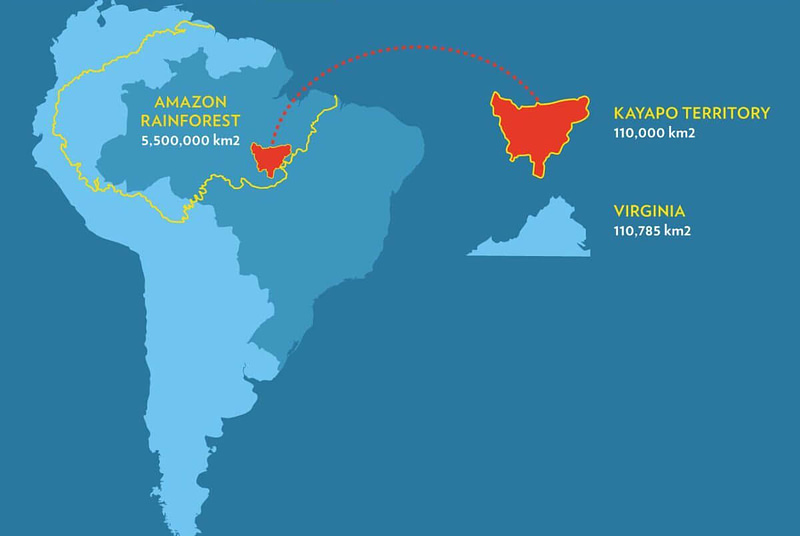 Lacking technological advantages, but rich in courage and conviction, these people confront an enemy assailing them across a vast 2,500 km frontier, a perimeter almost as long as the US-Mexican border. And their foes, illegal mining and logging operators, will stop at nothing to co-opt, coerce, and capture territory that will yield short-term profit at the expense of local culture and planetary health.

The “wild west” may be history in North America, but not in the present day Amazon where lawlessness is, unfortunately, business as usual. 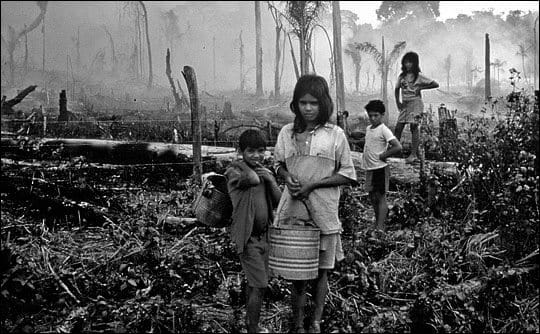 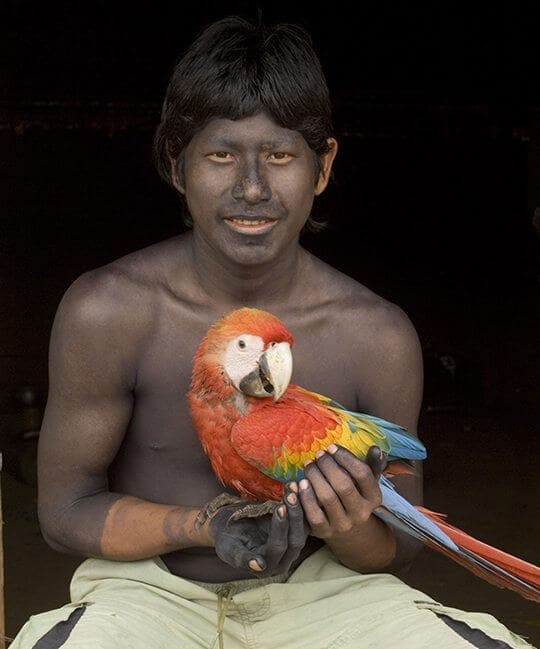 These are just some of the very real dangers the Kayapo confront daily.

Their beleaguered lands and culture remain intact only because of the friendship laid down between Raoni and the Villas-Bôas brothers, and the enduring outside support this friendship made possible.

Chief among the Kayapo’s allies is the Kayapo Project led by Dr. Barbara Zimmerman, a tireless force for Kayapo sovereignty and their traditional role as rainforest stewards. Without this project, it is unlikely that the Kayapo people would have organized in time to resist the criminal incursion of their lands.

Next week we will reveal how Kayapo leaders aided by the Kayapo Project leverage the traditional skills and knowledge of their culture to defend their home and protect the Amazonian rainforests. Please check back then.

The Kayapo Project remains effective because of the generous support of its partners and sponsors including:

Your help bringing greater awareness to the efforts of the Indigenous peoples who are defending the rainforests for the benefit of all life on Earth is essential. Please consider sharing the image below with your networks on social media. Thank you!