With tragedy, there is sometimes also hope. On 2 March 2012, three rhinos were poached at the Kariega Game Reserve in the Eastern Cape. Tragically one male rhino was fatally injured and died during the course of the night, but two rhinos, a male and a female survived. The second male succumbed to his wounds a few days later, but Thandi continued to fight for her life. This document shows what is possible if vets can get to the scene of a poaching tragedy quickly enough in order to rescue rhinos who have not yet died from blood loss.
**Caution, graphic images below** 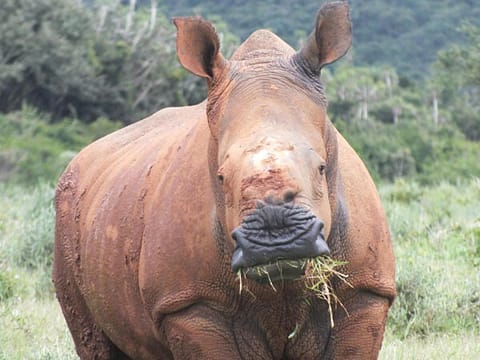 Veterinary surgeon William Fowlds, known for his compassion and expertise in rhino care, was called in to treat Thandi. Thandi was treated over a 7 month period in the “wild,” and has now fully recovered from her wounds. She is functioning normally on the Kariega Reserve. The veterinary procedures cost approximately R100 000 over this period, but all funds were paid for in small amounts by the public at large. 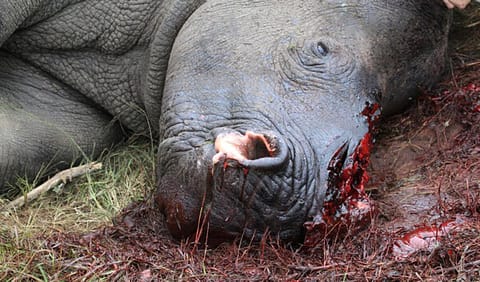 In May 2011, the Wilderness Foundation (Africa) set up a petition to voice the public’s outcry over the cruelty of rhino poaching. The petition, which was taken to the highest governmental powers in March 2012, is a vital part of the Wilderness Foundation’s lobbying campaign. It received over 18,000 signatures from around the world, and together with an integrated YouTube and social media campaign, generated worldwide awareness of the rhino poaching crisis. 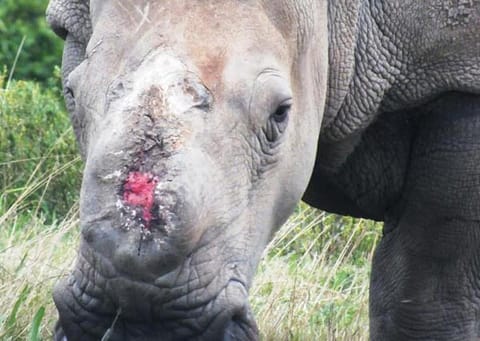 Thandi’s healing process is off to a great start!

“It is only through a GLOBAL campaign and POLITICAL will that we can save this remnant of the dinosaur age – the rhino. Rhino have a particularly plaintive cry, which once heard is never forgotten. The screams of agony from rhino that have had their horns chopped off while still alive should reach out into the hearts of all of us.” Dr. Ian Player, environmentalist, conservationist, founder of The WILD Foundation