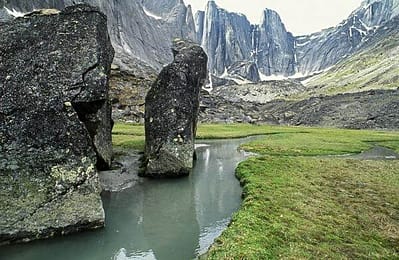 The Government of Canada has just announced designation of a huge addition to the Nahanni National Park in the NW Territory.  The total size of this new protected area is some 7.5 million acres – nearly three times the size of Yellowstone National Park!  Virtually all of the newly declared addition is undistrubed boreal wilderness.  WILD’s new VP for Conservation Strategy, Harvey Locke, a key player in the campaign, spoke during the official ceremony announcing held on Tuesday (9 June 2009); “This is a very significant victory for wilderness conservation and the role of First Nations in protecting wildlands and cultural resources. It is the direct result of many years of collaborative work between numerous NGOs, First Nations, the private sector, and the government of Canada.” Yellowstone to Yukon, CPAWS and Nature Canada provide more commentary on their respective blogs.  Read the full press release >