I Am The WILD Half

Across the Earth, the campaign for wilderness and the preservation of our wild spaces is on the move. From Alberta’s recent decision to establish a wildlife corridor between the Montana border and Banff, to the creation in 2014 of the Pacific Remote Islands National Marine Monument – the largest marine reserve in the world – wilderness advocates around the world are shifting the balance, inch by inch and meter by meter, in favor of nature.

The spark of momentum is growing, and not a moment too soon. In the coming decades it will be imperative that such a spark kindles and ignites humanity’s imagination like never before. The wilderness movement is growing…as are the needs that it seeks to address.

In thirty years’ time, the human population will increase by half. Currently, nearly 50% of all communities are urban. By 2050, that number will rise to 80%. Paradoxically, as more land and water fall under designated protected status, our wild landscapes become ever more fragmented, crisscrossed by roads and drilling platforms and the industrial infrastructure needed to support an industrial planet.

What is sometimes forgotten in that industry isn’t the whole of it. And there are those who never dare to ask, “But what is needed to support a wild planet?”

You’ve dared though, because you care, and because you remember that Nature Needs Half™. More importantly, you are committed to efforts ensuring that nature gets half! A wild half for nature and for us, to sustain the life-giving services of the planet and to build upon our connection to a reality beyond the asphalt and the rush hours. You envision a world where the wind against leaves drowns out the din of traffic, not the other way around. And you long for the calls of distant creatures to lure you deeper into a lush unknown.

Because you dared to ask these questions and others, you belong to the wild half, the movement of champions and do-gooders protecting the wild places of the earth. In the month of October, WILD encourages you to publicly share your commitment to yourself and to the planet by posting pictures, haikus, poetry, and more, each one declaring . . . 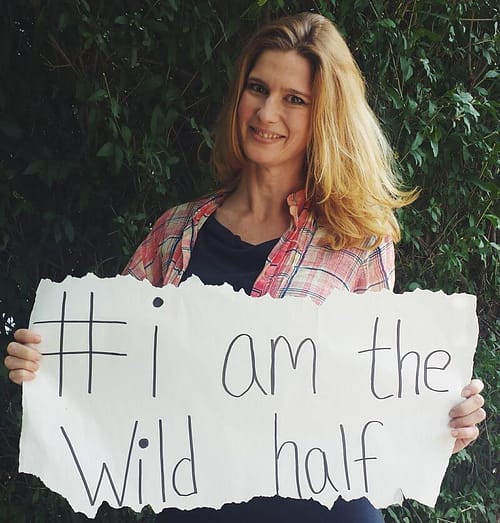 Your #IAmTheWILDHalf posts in October lay the groundwork for an ambitious campaign to come in November, building momentum for actions that will advance wilderness values and protections in 2016. But before such a campaign can begin WILD needs you to speak up– boldly and energetically – and change the conversation about wilderness, to share with the world the truth about the wild and ourselves. Wilderness isn’t just the province of distant landscapes and exotic wildlife – the wild starts in each and every heart and soul. The future of wilderness may very well depend on acknowledgement of such a truth . . . and action when the time is right. Of course, a tweet or FaceBook post alone isn’t going to change the world, but it will change the dialogue. And that’s a big start!

Plus, every post made on Twitter, FaceBook, or Instagram using the #IAmtheWildHalf tag will be entered in a drawing on November 2nd to win 1 of 6 prizes. WILD will be giving away three limited edition ”A Gift of Nature: Twenty Years of Conservation & Photography” coffee table books valued at $100 each. WILD will also be giving away three Nature Needs Half™ bundles valued at $50 each. 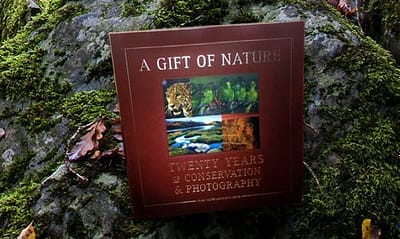 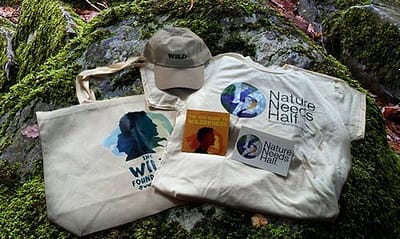 Before the wave crashes against the shore, it begins as a tremor in the water. The tremor of wilderness starts with us.