In the Footsteps of Thesiger

Years ago, in a used book store, I discovered The Marsh Arabs, by Wilfred Thesiger.  I devoured it — learning a lot about the cultures of the Shia Muslim tribes who live in the marshlands of the Tigris- Euphrates rivers in SE Iraq along the Iran border — and went on to discover more about this remarkable British explorer and author. I read some of his other works about his travels throughout and insights into the Middle East – -classics such as Arabian Sands about his time with the Bedouin of the Saudi peninsula — and ultimately met him late in his life when he became the Patron of our sister organization, the Wilderness Foundation (UK). Several of his original black and white photos, one of them of the unusual reed house that is typical of the Marsh Arabs’ homes, hang on my office wall.

Mark Evans, Director of Oman Outward Bound, has done some outstanding work on increasing intercultural dialogue in the Middle East, especially among young people.  Mark is leading an expedition in January called “In the Footsteps of Thesinger.” Sounds like a splendid thing to do in January.  Check it out. 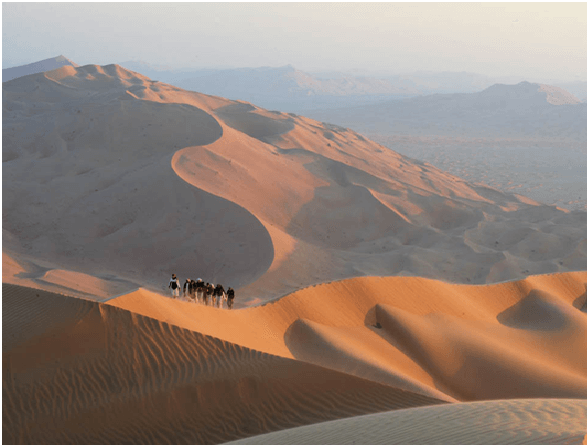