This series documents in real-time the challenges and opportunities confronted by a team of conservation policy experts and communicators during and after the 26th World Conservation Congress and the historic global public debate dedicated specifically to protecting Half of Earth’s land and seas.

a proposed resolution at the IUCN’s World Conservation Congress this September in Marseilles, France that would formally recognize the scientific consensus that we need at least Half of Earth’s land and seas protected and intact in order to save life as we know it.

On September 10, 2021, the International Union for the Conservation of Nature (IUCN) made history by formally recognizing the scientific necessity of protecting Half of Earth’s lands and seas.

IUCN Motion 101 passed into the official recommendation by an overwhelming majority of both NGO and government delegations at the World Conservation Congress in Marseille, France. While recognizing that the science concludes that humanity must protect at least Half, it stops short of calling to protect Half, recommending instead the protection of at least 30% by 2030, doing so with the free, prior, and informed consent and partnership of Indigenous Peoples. This puts the movement for the protection of nature and Earth’s biosphere on a par with the protection of Earth’s climate, as the science concludes we must keep temperature rise under 1.5 Degrees Celsius, even though thus far, the world has made commitments to 2 Degrees.

Learn more about the origins and details of Motion 101 from Harvey Locke below.

Still, Motion 101 is a historic moment for both the IUCN – the first global governance body to recognize the science for protecting Half – and the conservation movement.

Since the inception of the Nature Needs Half movement at the 9th World Wilderness Congress in 2009, WILD has been instrumental in placing Half on the agenda of major civil society and public institutions. Along with the Canadian Parks and Wilderness Society (CPAWS), WILD co-sponsored Motion 101 and coordinated the multi-organization coalition that was critically important to this momentous achievement.

It might be tempting to use the stunning outcome of this vote to dismiss the herculean effort involved in the success of Motion 101. After all, to some it could appear as if Motion 101 was a foregone conclusion. I can personally assure you from first-hand experience that nothing could be further from the truth.

Numerous attempts were made, both by governments and some NGOs, to change the spirit of the motion, striking any mention of Half from it entirely. Additionally, last minute objections and contact groups required the constant vigilance of WILD delegates and that of our many partners. While most motions were voted on in the days prior to September 10, Motion 101 was one of the final votes to occur, reaching the floor mere hours before the Congress’ conclusion.

WILD would like to thank all of our partners in recognition of the risks – both personal and organizational – many of them incurred while defending the truth. These partners include but are not limited to:

We would also like to thank every Ambassador of the Survival Revolution who helped and is helping to build global support for protecting Half of Earth’s lands and seas. Your efforts were essential to this effort. And it was more than once that your combined reach to the world’s public was mentioned as a reason – in addition to the conclusion of hundreds of scientists world-wide – for others to support this urgently needed resolution.

Though collectively we have achieved a great victory for nature, there is still much work to do. Protecting Half must be the policy recommendation of every global institutions, including the IUCN, the United Nations, and World Bank. It must also be enacted at the national and regional levels.

We ask for your continued support as Ambassadors of the Survival Revolution when, in early 2022, we move into the next phase of this campaign. 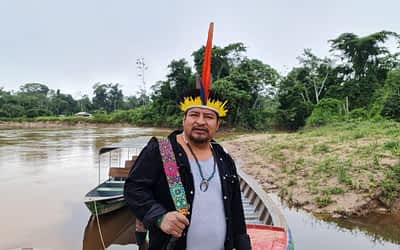 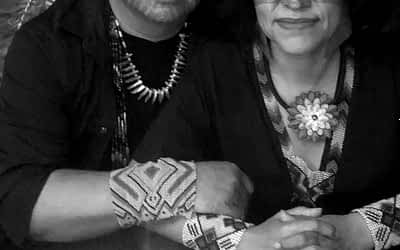