This series documents in real-time the challenges and opportunities confronted by a team of conservation policy experts and communicators in the lead up to the 26th World Conservation Congress and the historic global public debate dedicated specifically to protecting Half of Earth’s land and seas.

a proposed resolution at the IUCN’s World Conservation Congress this September in Marseilles, France that would formally recognize the scientific consensus that we need at least Half of Earth’s land and seas protected and intact in order to save life as we know it.

Some days before Half campaign leaders sat down to discuss a hostile amendment to IUCN Motion 101 that, if adopted would reduce the amount of protection from Half to 30%, (a move that would hobble global efforts to effectively address the climate emergency), the temperature in Lytton, British Columbia soared to a staggering 49.6C (121F), the highest temperature ever recorded in Canada and north of 50N latitude.

Ironically, the amendment to Motion 101 in question had been proposed by two countries, France . . . and Canada.

Over Zoom, I watched as Harvey Locke, one of the original 2009 founders of Nature Needs Half and a Canadian, visibly perspired on screen, the currents emanating from an off-camera electric fan fluttering in his silver hair. The temperatures in western Canada still hadn’t settled into anything resembling a normal range, including in Locke’s territory of Banff, Alberta. And now, in addition to sweltering heat, Locke and his fellow Canadians were contending with the choking plumes of smoke billowing from historically large fires.

Still, even the elemental forces of nature in distress were no match for Locke’s characteristic conviction. Wiping sweat from his brow, he gazed fixedly into his computer’s camera and posed the question on all our minds.

“Do we compromise on the target percentage to assure the motion passes? Or do we risk losing by making a hullabaloo on the IUCN floor, asking publicly why the world’s preeminent conservation institution won’t formally recognize the science for Half?”

His question struck a nonpartisan tone, but it wasn’t difficult to imagine that Locke’s strong preference was for the latter option. For more than two decades, Locke had cultivated a reputation as one of conservation’s preeminent reformers in possession of an insistent (some might even say stubborn) adherence to principle.

And on that call Locke was not alone in his conviction.

The other members of the international team investing sweat equity into the success of Motion 101 and the future of life on Earth included:

And me, of course. Although my involvement could be best summed up by what Wordsworth described as “trailing clouds of glory.”

Every single member of this team had already, on multiple occasions during the last decade, put their reputations and careers on the line by publicly supporting the scientific consensus behind the urgent need to protect Half of Earth’s land and seas to save nature. And in most cases, it was the Canadian members, Locke and Woodley, who had been the earliest and most fervent adopters.

Principled reformers and campaigners, those individuals committed to working within current institutions to promote what is objectively right, even if it is not politically acceptable, hold contrarian viewpoints without the promise of immediate return and run the risk of being misunderstood by the entire sector for long periods of time. They do so because they know it is right. It is these people who sit behind the wheel of history, who shape the world for generations to come, and who are my personal heroes.

Casaes was the first to respond to Locke’s question. “It is not worth it for me or for Avaaz to campaign for 30%. Even if it is a slight improvement on current targets, it is not what is needed. We want to lead with the truth, not with what is politically feasible.” Soria voiced his support for his colleague.

Woodley chimed in with her concern that because of these proposed amendments, IUCN members might be confused about what Motion 101 was about. She instructed me to ensure that all communications about Motion 101 included the phrase “for Half” because in her words, “I did not write this resolution to achieve anything less than what is needed.”

In short order, other members of the campaign weighed in with varied input and insights, but all coming to the same adamant conclusion: a 101 victory without Half was worse than a defeat. We would fight the amendment, totally conscious of the fact that we were unanimously discarding our last chance for an easy win.

In 2009, when Locke and Martin first launched the global movement to protect Half of Earth’s land and seas at the 9th World Wilderness Congress in Mexico, Locke said, “Nature Needs Half is just the public expression of what everyone (in conservation) is saying privately.” Since then, the need for Half has slowly and steadily become more public, while never capturing the same attention directed to other environmental causes, especially the need to keep global temperature rise beneath 1.5C. But the fact is that we cannot hope to stabilize the climate without our most important ally – nature – intact, healthy, and wild.

For years, global institutions had skillfully dodged discussing Half or science-based global conservation targets in objectively useful ways. The decision the campaigners made during that uncomfortably hot Motion 101 campaign meeting was about to ensure that a decade-long game of avoidance became a lot more difficult. Even if the IUCN disagrees, the world will know that we need Half of nature to survive.

Tune in next week! In the next installment of Conservation Confidential, Lewis will reveal what motivates the conservation opposition to Motion 101 and how Indigenous leaders sparked and shaped the initial calls for protecting Half of Earth’s land and seas.

Your voice, and the voices of millions of others, is essential to the long-term success of nature. When you voice your support for protecting Half of Earth’s land and seas in Motion 101 on #iucncongress, you are empowering world leaders to make principled decisions about life on Earth and our future.

You can also help by: 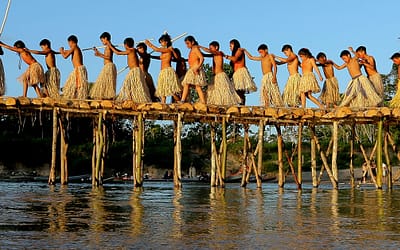 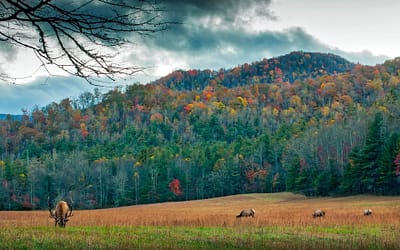 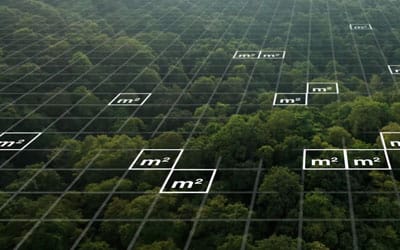