The WILD Foundation and Rewilding Europe have extended their partnership by signing a ‘Collaborative Conservation Agreement’ for 2014-2015. The partnership will build on the successful cooperation thus far and will focus on building further upon the results of WILD10 (the 10th World Wilderness Congress—WWC), planning of the next WWC (WILD11), sharing of networks and best practice models (in particular between North America, Africa and Europe), fostering intergenerational work in Europe such as CoalitionWILD (‘Rising Leaders for a Wider World’),  and further promotion of the ‘Vision for a Wilder Europe’ (launched at WILD10 in October 2013, and currently being updated for publishing and distribution in July). 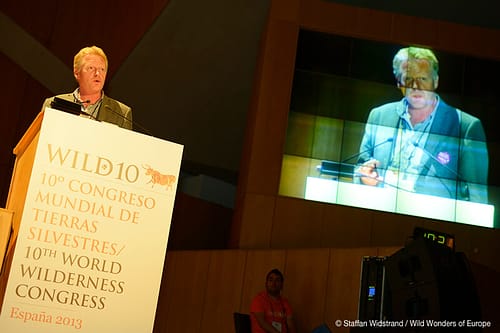 “WILD10 has provided Europe with a great platform to increase the interest in rewilding, wilderness protection and wildlife comeback,” says Frans Schepers, Managing Director of Rewilding Europe. “Also the role of The WILD Foundation in facilitating and supporting the ‘Vision for a Wilder Europe’ has been instrumental. In our renewed partnership agreement with The WILD Foundation, we will continue to build on these successes, putting our work in Europe in a global perspective, sharing and learning from other examples in the world.” 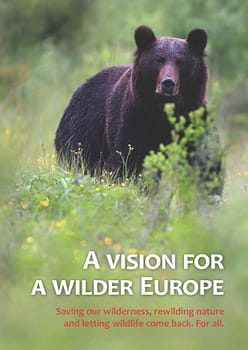 Vance G. Martin, President of WILD and the WWC, is equally enthusiastic about the continuing collaboration.  “Rewilding Europe is doing important work- demonstrating that wild nature and humankind can live together, in a new manner, on the world’s most densely populated continent. What they are learning and accomplishing will provide important guidelines for work in many other regions of the world.  It will certainly complement, inform, and strengthen the global work that WILD and the Wilderness Foundation do through our projects, our network, and the World Wilderness Congress.”

Rewilding Europe was established in 2011 to enhance and expand the return of wilderness and wildlife to Europe, and has developed a progressive and ambitious program called the “The Rewilding 10” — restoring wild nature, connecting human livelihoods to wild nature  in 1o large areas throughout Europe. Download their 2013 Annual Review.

The WILD Foundation began in Africa and then established in the USA in 1974. The Foundation is based in Colorado and works for wilderness, wildlife and people in the US and throughout the world, with its working partner The Wilderness Foundation and scores of close collaborators and associates. WILD is founder/steward of the World Wilderness Congress.  Download our Annual Report 2013 >