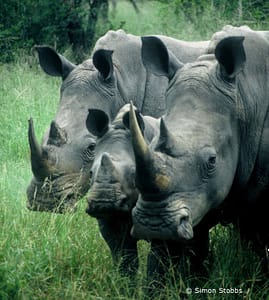 In May of 2011, The Wilderness Foundation (SA), with the support of The WILD Foundation & Wilderness Foundation (UK), launched the Forever Wild Rhino Protection Initiative. This initiative aims to gather support from the public and various stakeholders to help fight against rhino poaching in South Africa and save the rhino from extinction in the wild.

The highly effective Forever Wild Rhino Protection Initiative was given a boost in June 2011 through the sponsorship of six Volkswagen Amarok vehicles from Volkswagen Commercial Vehicles. The vehicles were allocated to various reserves and anti-poaching units across the country, each managed by the Wilderness Foundation’s Forever Wild Conservation Programme team. The vehicles were replaced by VW in June 2013, with the contract renewed for a further 12 months.

From June 2011 to June 2013, the teams supported by the Forever Wild Rhino Protection Initiative were involved in the arrest of over 80 suspected poachers, the confiscation of over 20 firearms, and the recovery of seven rhino horn, as well as hundreds of extended patrols in parks around the country, several rhino notching exercises, the translocation of a number of rhino for safety reasons, and many public awareness events.

The Wilderness Foundation has also raised more than R8,000,000 towards the Forever Wild Rhino Protection Initiative in the last 24 months. Funds have been allocated to the following ongoing initiatives and projects: 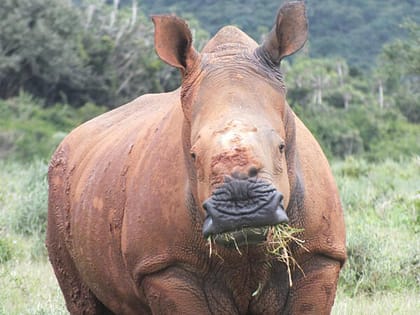 Thandi was 1 of 3 rhinos poached in March of 2012 at the Kariega Game Reserve.
After a 7-month recovery, she is now fully-healed.