In 2010, WILD partnered with the Ewaso Lions Project, which promotes coexistence between lions and local pastoralists in northern Kenya, where rising conflict has contributed to a declining lion population with less than 2,000 individuals remaining. Ewaso Lions is a grassroots project whose mission is to encourage the conservation of lions and other large carnivores through research and community-based outreach programs. In this article, adapted from a piece that appeared on the Kenya Wildlife Trust website, Paul Thomson, managing director of Ewaso Lions, writes about their Warrior Watch program.

Samburu morans, the warrior age-class, are among the most neglected people in conservation here in northern Kenya. These young men spend more time in wildlife areas than anyone else, and usually have a keen understanding of what’s happening to the wildlife in their home areas. Despite this, morans are ignored by community leaders and rarely involved in decision-making with respect to wildlife conservation

To address this gap, the Ewaso Lions Project founded a program called Warrior Watch in early 2010. Warrior Watch is the first program in northern Kenya to actively involve warriors in wildlife conservation. Our team of Warriors is trained in wildlife ecology, data collection, and conflict mitigation. They serve as the “eyes and ears” in the bush, helping to expand the scope of our large carnivore research and conservation. In exchange, they get weekly education lessons and a food stipend.

Recently, there was a wave of human-wildlife conflict incidents in an area west of Samburu National Reserve called Kiltamany. Each night, camels were straying outside of the homesteads at night and donkeys that were left unguarded during the day became prey to lions. People were enraged by their losses, which can lead to retaliatory killings. Our Community Officer, who works with livestock keepers to reinforce their bomas (traditional thornbush livestock enclosures) to make them more predator-proof, couldn’t keep up by himself – so he turned to the Warriors. 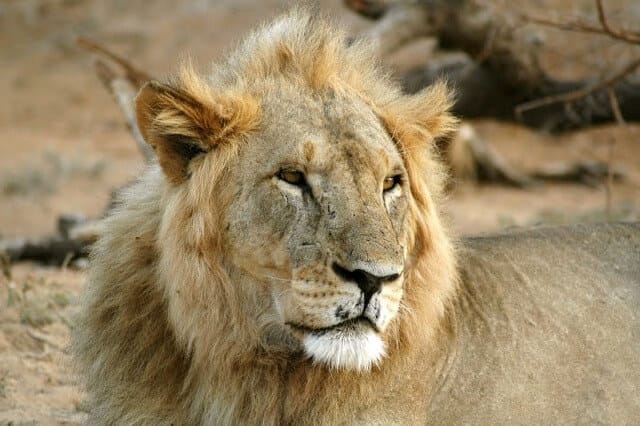 Two of our most active Warriors, Yesalai and Letoiye, headed to Kiltamany and spoke to the community on the importance of predators. They explained the value of living lions – from both ecological and economic standpoints. The lions, through conservation fees paid by tourists who come to see them, are helping pay for education bursaries, water projects, and employment opportunities. This is a message better conveyed from peer to peer, so the Warriors were highly effective as wildlife ambassadors. Yesalai told one of the livestock owners, “If you kill a lion that has eaten your cow, then you will be losing two important animals.” Yesalai and Letoiye spent several days in Kiltamany, helping strengthen bomas and fix fences to keep predators from attacking again.

Thanks to Warrior Watch, we can promote lion conservation over a wider area and on a much larger scale than we could before. Ewaso Lions strongly believes that capacity building at the local level is an essential component of conservation, and that success in wildlife conservation relies directly with local people.

>Learn more about the Ewaso Lions