Teaming up to reduce human-bear conflicts

“There’s a bear in my backyard!”

In our town of Boulder, Colorado, this type of call to city authorities is not uncommon. Why are black bears coming into town, and what can we do to make these encounters less frequent, so both the bears and people are safe?

Black bears are typically shy creatures, whose normal response to any perceived danger is to run away. Similar to many cities in Colorado’s Front Range, Boulder is experiencing a rapid human population growth, leaving this native species no other option but to adapt to the changes. Throughout late summer and early fall, the bears need to eat roughly 20,000 calories a day as they prepare for winter hibernation. If you think about that in terms of an average woman’s recommended daily calorie intake, that’s about 11 days worth of food! 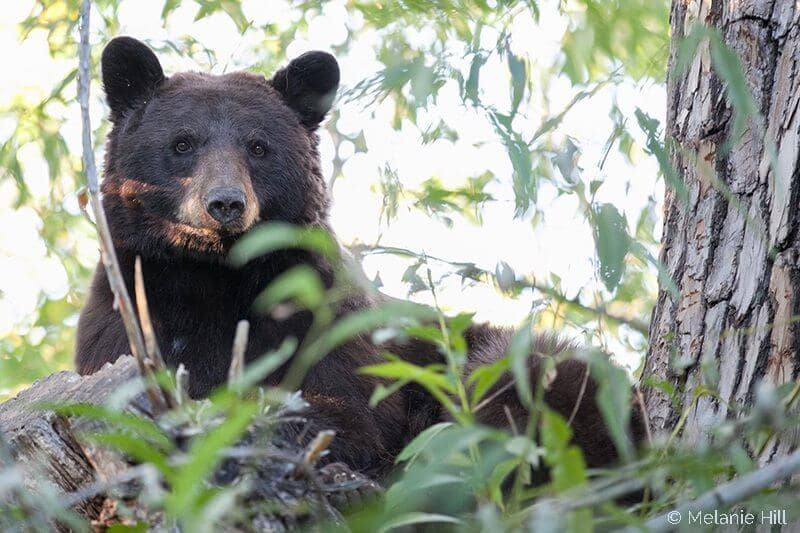 Because the animals tend to get into things like unsecured trash, unharvested fruit trees, and bird feeders, you can imagine numerous conflicts arise each year- especially in the fall. These high-caloric foods are easy meals for bears, but could trigger lethal action for the animals that become habituated. Not only that, having large black bears roaming through town is a safety concern for the Boulder community. Groups such as the Boulder Bear Coalition and the City of Boulder have made incredible progress over the years by implementing and enforcing a Bear Protection Ordinance, which requires 12,000 residents in west Boulder to use bear-resistant trash and compost canisters. Now, WILD is teaming up with these two local groups on a new project that will continue to keep bears out of trouble in town, and safe in their natural mountain habitat.

Since fall of last year, the WILD Foundation and Boulder Bear Coalition (BBC) have worked together with the City of Boulder’s Open Space and Mountain Parks (OSMP) to carry out a habitat enhancement project that will increase natural forage in the foothills. This pilot project evolved from exploring the use of “native species forage buffers” as a way to reduce human-bear conflict in urban areas. With much of the bear migration occurring in urban sections of northwestern Boulder, this project aims to accelerate production and recovery of fruit-bearing shrubs in natural black bear habitat. By augmenting natural harvests, bears may be less prone to migrate into urban environments in search of food, thus reducing their presence and interaction with humans within the city.

On April 20th, the three Boulder-based organizations joined in planting two forage buffer sites located in the foothills of City Open Space; one in a Habitat Conservation Area, and the other in a designated Natural Area. Working with the City of Boulder OSMP’s restoration plant ecologist, Megan Bowes and her team, more than a dozen BBC and WILD volunteers planted over 200 native plants between the two sites. In addition to the shrub planting, wildlife camera traps were installed and will help monitor the success of both sites. The timing of this project proved to be especially meaningful, as Boulder is experiencing an early spring, and corresponding early bear activity.

Selection of the two project sites was informed by a series of suitability surveys that considered factors of plant growth success, foraging privacy, and instinctive movement across boundaries between designated habitat and urban environments. With similar landscape and vegetation types identified, this pilot project will also support OSMP flood restoration and vegetation efforts, as both areas experienced severe damage due to the fall 2013 flooding. Plants were based on the bears’ natural diets as well as benefits to birds, insects, and all wildlife that depend upon native shrubs as critical habitat: native wax currant, plum, rose, and dogwood shrubs. 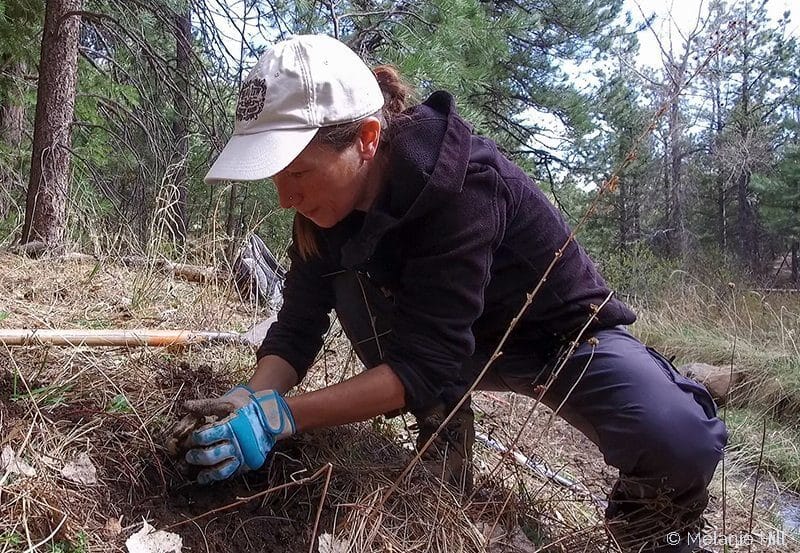 Building the foundations for a Boulder-wide collaborative black bear stewardship program, this serves as an important reminder for residents to be proactive in reducing human-bear conflicts: properly secure trash and compost bins, bring bird-feeders in for the season, and harvest nearby fruit as it begins to ripen. Taking these simple steps to bear-proof homes will protect local black bears and keep the Boulder community safe.

For more information on how to bear-proof your home and neighborhood, visit: www.boulderbearcoalition.org and www.bouldercolorado.gov/osmp/bears-and-mountain-lions