Update on the Elephants of Pafuri

As mentioned in previous posts, WILD is involved with a project to track elephant movements in Pafuri (a region of Kruger National Park) lead by Wilderness Safari Wildlife Trust.  We received an update on the collaring project, which tracks the elephant’s movements in order to inform conservation decisions.

With the arrival of the summer rains, the elephants are much more active, and their movements are much more varied.  Some of the bull (male) elephants have traveled great distances, into Mozambique and along the Limpopo corridor.  The cows (females) travel less dramatic distances, but all travel generaly south, following the summer rains.  The two “newest,” most recently collared cows provided intresting data, as the movements differ from the others, who tend to cluster in the eastern region. 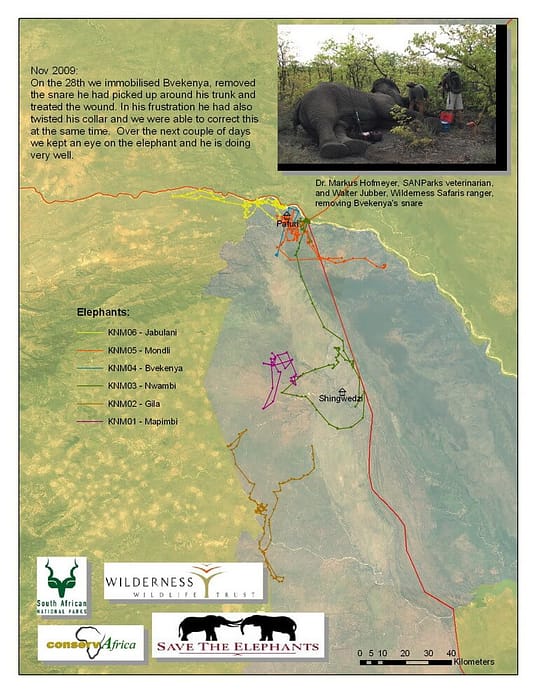 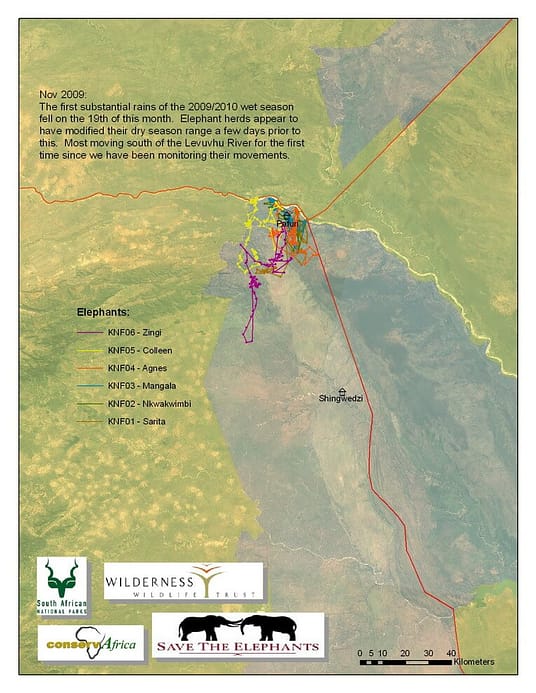