In today’s world, cities are growing both in geographic size and population and often occupy the most attractive habitat available in a given area. The UN DESA report from 2014 estimates that 66% of the world’s population will be living in cities by 2050 and this projection is almost certain to increase in the 2016 report.

This rapid urbanization forces species at the urban-wild interface to adapt to the dangers and opportunities presented by expanding cities. All too often this adaptation results in human-wildlife conflict as species (including homo sapiens) follow their natural instincts to pursue food, safety, and shelter. 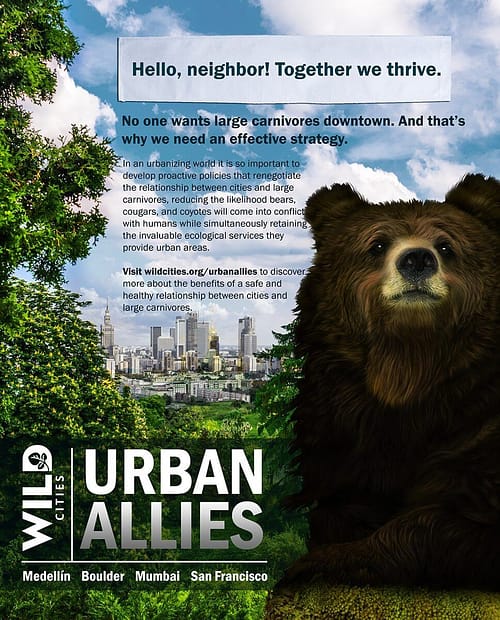 So, why does this matter? What about these animals is so important?

Large carnivores and other predators such as wolves, mountain lions, bears, and coyotes help balance ecosystems by exerting top-down control via their effect on prey populations both in controlling numbers and, even more importantly, in modifying behavior.

To give just one example of how this works, imagine an ecosystem where predator populations are compromised due to human presence. In this ecosystem, ungulates and other consumers of flora grow in number and boldness to a point where many flora species are unable to survive and replenish, denuding the landscape and hurting other species reliant on healthy flora. When predators are able to flourish, ungulate and other populations are kept in check and modify their behavior because of the ever present possibility of a nearby predator. Even more so, research shows that a healthy carnivore population actually keeps ungulate herds healthier by targeting old, sick, and young animals, which allows the strongest adults to continue breeding.

But not everyone wants a large predator roaming through their city or neighborhood. So this year, in an effort to address the threats to habitat and increasing conflicts between humans and large carnivores around urban areas, WILD Cities launched the Urban Allies campaign. With this new campaign WILD Cities recognizes the need for heightened awareness and sensible policy within cities to decrease the sources of conflict and minimize its impact.

The Urban Allies campaign responds to these issues by forming coalitions of stakeholders (e.g., non-profits, government agencies, land owners, citizen groups, etc) with an interest in large carnivore interactions. The campaign will run for two years in multiple locations and form a blueprint which can be used by WILD Cities and other change-makers to facilitate the cultural and political changes required to lessen human-wildlife conflict and promote the health of large carnivore populations. 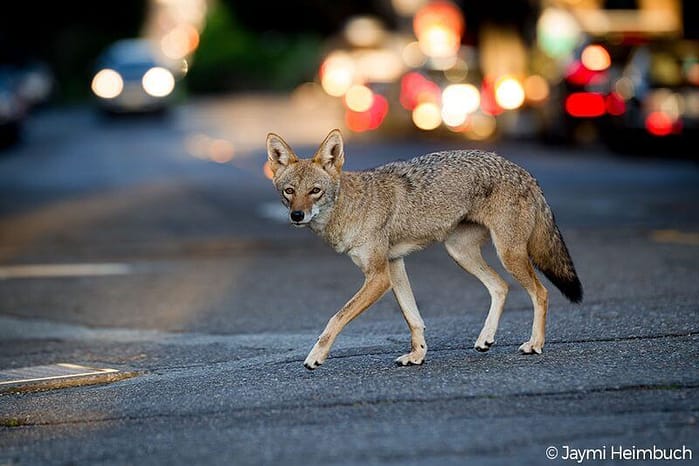 The campaign works via a three-pronged approach involving scientific research, citizen engagement, and community outreach and advocacy. Objectives for each coalition will include:

Currently we have begun to build coalitions in Colorado and in New York City to encourage stronger coexistence between humans and black bears and coyotes, respectively.

In Colorado where cities often border protected or private open space and abundant natural habitat, black bears are attracted to the food sources within urban areas including unprotected trash, fruit-bearing trees, bird feeders, etc. In the fall, when bears are trying to eat as much as possible to prepare for their winter hibernation (a period called hyperphagia), conflict increases when opportunistic bears enter urban areas to take advantage of these attractive calories.

As coyotes disperse throughout the Northeast, coyote sightings have been reported in many of the boroughs of New York City. Researchers believe they will eventually colonize Long Island and are certainly in NYC to stay. The city has no formal (or informal) coyote management plan and seems unprepared for these curious, intelligent, and shy creatures’ arrival.

Tim Nickles is the Director of WILD Cities.