The WILD10 process is well underway in Europe. The Spanish Ministry of Agriculture and Environment (newly reconstituted) is the national host,  having provided some of the start-up funds allowing the WILD10 Executive Committee to continue  the collaborative process  that started in 2011 to identify practical objectives, create partnerships and design a process to achieve them, and implement a program for the Congress itself.

WHY Europe? — The return of wild nature to Europe is nothing short of spectacular.  With over 50 million hectares of abandoned farmlands (and increasing), forests and natural  corridors are re-emerging across the continent.  Populations of wildlife have rebounded and are on the move, with wolves now roaming from Italy to the Netherlands , from Germany to Belgium.  Ancient species of ungulates (bison, cattle and horses) are being reintroduced to wildland areas.

In addition, there is a growing political mandate for wilderness, with the European Parliament passing a resolution (by a wide margin) in 2009 to protect the continent’s remaining wilderness and restore  wildlands where possible.  There is also a vibrant and expanding NGO sector playing a role as partner/collaborators in WILD10, such as Rewilding Europe working to restore large wild and natural landscapes (over 100,000 ha) and associated rural economies across the continent;  Wild Europe focusing on wilderness policy; PanParks on certification of sizable, core wilderness areas within National Parks; our close (Wilderness Network) partner Wilderness Foundation (UK) providing wilderness experience programs for under-served youth and communities; and many more.

Stay tuned to this space where, within the coming months, we will announce the launch of the WILD10 website with details on the rapidly building program and how you can participate in the global social media campaign to promote wild nature by being on-site in Salamanca in 2013 and/or participating in the extensive virtual, on-line Congress, WILD10 en vivo! 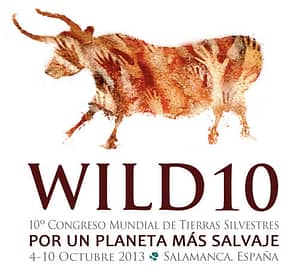