Before 2020, millions of people were already suffering from the effects of the twin climate and biodiversity emergencies in the form of prolonged droughts, relentless tropical storms, and catastrophic wildfires. COVID-19 is the latest threat to emerge from our broken relationship with nature.

Scientists predict that there are up to 10x as many different species of viruses (the vast majority unknown to science) as there are species of mammals. When people destroy wild areas and expand the human-wild interface, they increase the opportunity for some of these undiscovered viruses to spillover into the human population and cause deadly pandemics like COVID-19. Keeping wilderness intact is a critical defense against the next pandemic.

Jump to each section 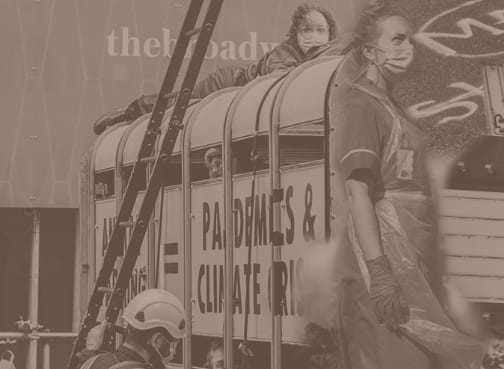 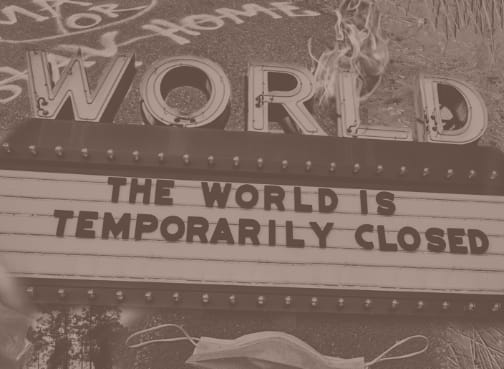 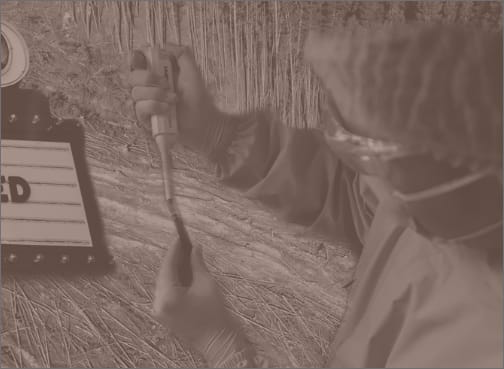 WHERE DO PANDEMICS COME FROM?

In 1969, on a Nigerian farm surrounded by ancient and wild forests, a farmworker developed a set of unusually severe symptoms that eventually included bleeding from the mouth and gastrointestinal tract. It was the first case of Lassa hemorrhagic fever, a disease the WHO has identified as likely to cause a future epidemic. The viral spillover occurred from a species of rodent that had previously inhabited Africa’s wildlands, but had recently colonized human settlements in the increasingly fragmented frontier between wilderness and civilization. Since then, rampant deforestation and the uncontrolled expansion of farming and mining in wild areas has accelerated, creating what scientists call “a perfect storm” of conditions for the emergence of novel and deadly pathogens. In the case of COVID-19, many have focused on the role wet markets may have played in the spread of the disease, but the fact is that viral spillover from other mammals to people does not require the consumption of bushmeat alone. According to the ecologist David Redding of University College London: “In places where trees are being cleared, mosaics of fields created around farms appear in the landscape interspersed with parcels of old forest. This increases the interface between the wild and the cultivated. Bats, rodents and other pests carrying strange new viruses come from surviving clumps of forests and infect farm animals – who then pass on these infections to humans.” The point is clear: when we destroy nature we risk unleashing unknown and potentially deadly viruses into the human population.

HOW MUCH NATURE DO WE NEED TO HELP PREVENT PANDEMICS? 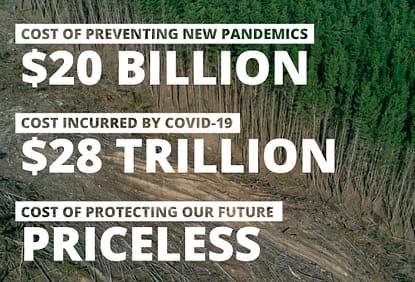 Scientists estimate that the cost of preventing new pandemics through the protection of nature is around $20 billion dollars a year. This is less than 2% of the cost incurred by COVID-19, which has wiped trillions of dollars from national economies. An essential component of preventing new pandemics includes protecting at least half of nature and restoring critically important wild landscapes that act as a buffer zone between civilization and novel viruses. An additional benefit of the protection and restoration of nature is that wildlands are also the most efficient and cost-effective form of carbon storage, meaning we can fight new pandemics and climate change at the same time!

WHAT CAN I DO TO HELP? 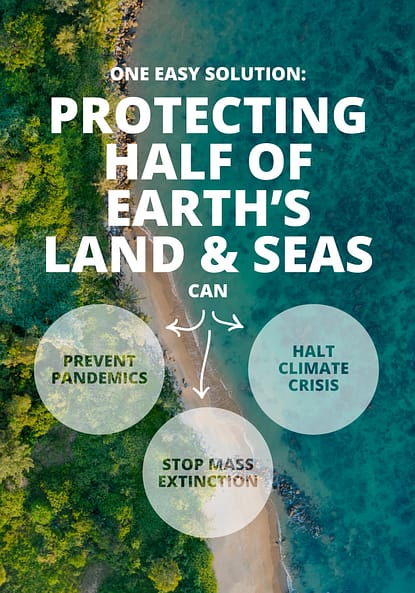 We must protect and restore wild nature in every country, region, and community. This means mobilizing private individuals to take action in their neighborhoods and cities as well as influencing elected leaders to do a better job at protecting public lands and expanding those protections to include critically important areas threatened by the imminent potential for destruction. You can start by joining WILD’s global Survival Revolution here (link to Survival Revolution main page). In the next decade, world leaders will convene multiple times to decide on how much nature people need to survive. The science is clear – we need half – but not all leaders are empowered to act on the science. Your voice, united with the voices of millions of others, is an essential part of solving the climate and extinction emergencies, and preventing future pandemics. We need you to let others know how much wild nature we need to secure the future of life on Earth.

TOGETHER WE CAN SAVE EARTH’S BIODIVERSITY
& SURVIVE