Every day brings new reports on climate change, and most of these reports share a disturbing theme: not only is climate change happening, but it’s happening faster than we ever thought possible.

Unfortunately, the role of wilderness and wildlands in preventing climate change is not receiving nearly the attention from the international community that it needs to. Wilderness areas store vast amounts of carbon, and their continued destruction and degradation is literally a climate disaster in the making. The boreal forests are the world’s largest reservoir of terrestrial carbon. Current estimates indicate that wetlands worldwide contain 771 billion tons of carbon, which is roughly the equivalent amount already in the atmosphere. If we continue to cut down tropical forests at the current rate, 430 billion tons of carbon will be released into the atmosphere. Very simply, to prevent catastrophic climate scenarios we need to protect our planet’s remaining wilderness and wildlands resources. 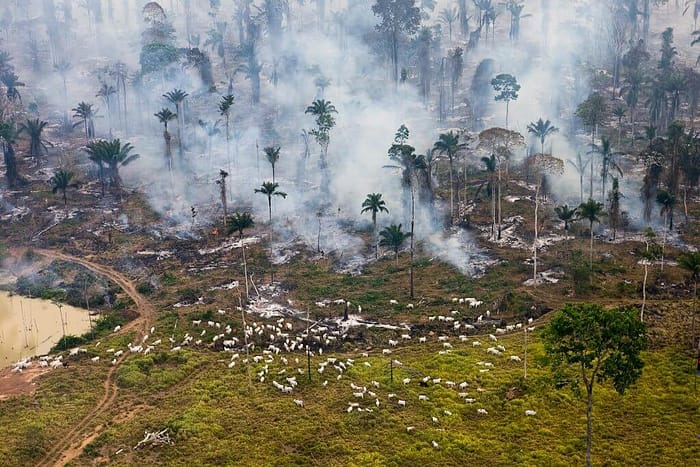 Wilderness conservation is about preventing emissions: at least 25% of all emissions since the industrial revolution have come from destroying wild nature. Yet this obvious solution has been largely ignored or else confined to a very limited discussion about buying offsets for industrial emissions. While offsets may have a role to play, protecting wild nature to prevent emissions needs to become a major focus in and of itself. And it doesn’t require any fancy accounting under Kyoto – all that is required is determined domestic action.

Adding to the urgency, it now seems as though the targets the international community has been aiming for to stop climate change are the wrong ones: to avoid serious climate change related problems we need to prevent global average temperatures from rising more than 1.7 degrees Celsius (not 2 degrees C), and to accomplish that goal we need to stabilize carbon in the atmosphere at 350 parts per million (not 450 ppm). And that of course, is a problem because we’ve already reached 385 ppm, and we are adding 2 ppm per year. This trend must be reversed – we need to stabilize carbon emissions by 2015, and have them on the decrease by 2020.

Protecting nature – stopping deforestation, protecting other ecosystems with high concentrations of carbon and other greenhouse gases (e.g. wetlands, peatlands etc.), and restoring fragmented or degraded places – is a very common sense approach to solving a big part of the climate problem. It’s fast, it’s inexpensive, it doesn’t require sophisticated technology, and of course, it has all the benefits associated with conservation – clean water, clean air, and biodiversity protection to name a few. Wilderness areas in particular are also more resilient, resisting the effects of climate change, giving biodiversity a better chance to adapt and survive global warming, and providing a natural buffer to the effects of climate change, such as extreme weather patterns.

Reducing emissions from other sectors such as energy or transportation is of course also vital to preventing global warming. And technology can and will play a major role in devising climate change solutions. But before we undertake vast experiments – such as iron fertilization of our oceans – we should first make sure we have exhausted the simplest, cheapest, and most effective solution currently at our disposal – including protecting wild nature.

The role of wilderness in fighting global warming and helping us adapt to its effects is beginning to get more attention but there is much to be done.