YES! I want to protect the infinite wild!

Hundreds of years ago, before the advent of the printing press or global empires, the world seemed like a pretty large place. Without search engines or even a reliable map to consult about what lay just over the horizon, many people assumed that whatever was there might as well be mythical in dimension. The horizon was the frontier between two countries: the known and the imagined.

But in the last few centuries, global perceptions about the size and nature of our planet have changed. The place our ancestors believed to be unimaginably big has shrunk to the size and shape of Wikipedia pages. International travel, which once took years to prepare, now is as easy as purchasing a single ticket and packing a single suitcase. In less than a day you can make a journey halfway around the world, a journey that would have taken our ancestors months and even years to complete.

As our knowledge of the world has expanded far beyond a mere horizon, the wilder places – those habitats that gave rise to our species and all the others – have retreated beneath axe blade and tractor plow. They have ceded way to the fields that we know – farms, factories, and cities – taking with them the dangerous inconvenience of the mysterious life-giving wild. As they recede, so too does a certain type of possibility, the same type of possibility that gave rise to the miracle of life in the first place and shaped it for hundreds of millions of years: the possibility of the untamed and unknown. The human species has made its preference for domestication clear. By our actions we have demonstrated that we prefer opportunities of our own making and our own shaping. In some ways, this process of domestication – both of the natural world as well as ourselves – has expanded the terrain of the imagination. Domestication, after all, laid the foundation for civilization, and civilization has been the launchpad for all types of creative and technological feats.

But for all that civilization has enabled; sending a handful of individuals into space, glimpses into distant worlds and galaxies, and the many other miniature marvels we take for granted on an hourly basis, for billions of people it has also diminished the world to the size of a concrete office building and a Wikipedia page. For many, most experiences arrive on their doorstep like deliveries from Amazon – predetermined and expedient. While our ancestors experienced a world limited by the unknown, contemporary people experience a world that is limited by the known. For the wilder places have been banished far beyond the horizon, so far in fact that billions of people will never glimpse them with their own eyes.

And for the 1.6 billion people that the United Nations reports depend on wild nature directly for their livelihoods, the retreat of the wild isn’t just a travesty of the human spirit, it is also a matter of life and death. For all of us, it is a matter of life or death eventually. Wild and ferocious nature is still our mother, and for all our inventions we still have not figured out how to engineer an atmosphere full of oxygen, regulate global weather patterns, or build fertile soils at a planetary-scale.

All this is to say that we have reduced our access to the infinite possibility of the wild in order to nurture and expand the possibilities of the things we control, which are substantial, but finite in the cosmic scheme of things.

Meanwhile, even in her reduced state, wild nature continues to innovate, continues to evolve, continues to create because regardless of her size or location, she never dies. Only our capacity to reach her and experience her for ourselves becomes decrepit.

This year, I invite you to consciously join the infinite, recognizing, appreciating, and sharing with others the marvelous family of untamed life to which we all belong. To help others celebrate this world, WILD is offering a deck of 52 cards (plus two tricksters) as carbon neutral digital certificates (NFTs using the proof-of-stake Algorand blockchain) to share and help educate others on some of the many ecological services we derive from nature as well as ways we can serve nature in return. While not quite infinite (the total possible combinations in a 52 card deck are only equal to 8.06e+67), we hope that playing with and using the cards helps open minds and hearts to the awesome ways in which lifeforms combine and recombine on our ever-changing and, hopefully, ever-wild planet. 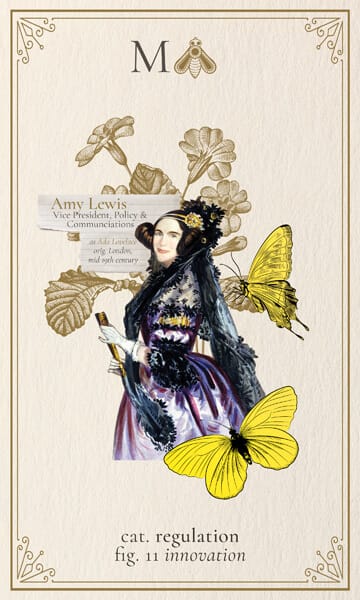 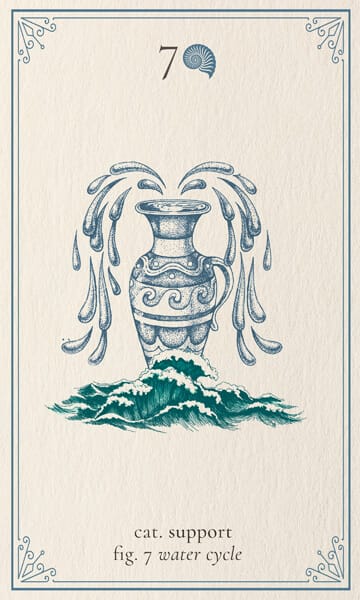 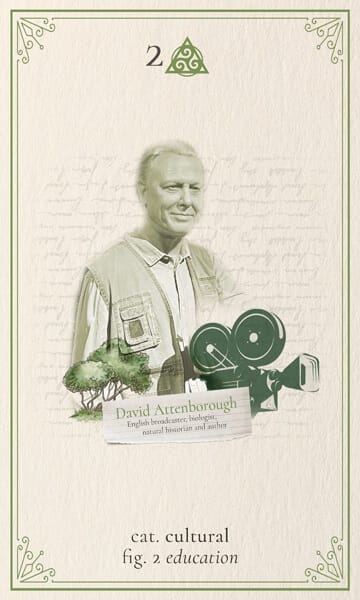 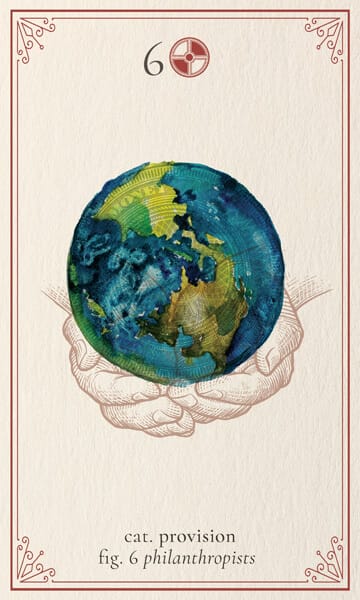 The human imagination is a powerful thing, some would argue the most powerful thing. But if there was one thing to rival or exceed the human imagination, it would be the innovative potential of the wild. This reason alone, to my mind, would be enough to warrant sharing half of our planet with wild nature, even without the scientific consensus that concludes Half of wild nature must remain intact to ensure that humanity survives and thrives.

Recently, in my travels to build a powerful global coalition to protect Half of Earth’s lands and seas, my friend and mentor, Phil Two Eagle, a Sicangu Lakota leader, shared with me the word for wilderness in Lakota.

I invite you now to consider Phil’s words and your own relationship to the wild as you answer for yourself what you will do now and in 2023 to expand humanity’s ability to benefit from and experience our wonderful wild world.

YES! I want to defend the infinite wild together!

NOTE: WILD is one of the very few organizations actively working to build support for the protection of Half of Earth’s lands and seas, the amount of nature scientists conclude we need to successfully fight the twin existential crises of the climate and extinction emergencies. When you give to WILD you give voice to this urgently needed effort and fuel to both our on-the-ground conservation work and policy campaigns around the world. A gift of $250 pays for all of WILD’s conservation and campaign programs for one hour – making that hour yours! A gift of $2,000 pays for all of WILD’s programs for a full day. Although WILD’s team only wants you to give what you can afford, we would be thrilled to have you join this historic effort to restore and protect the infinite wild with a gift today. Thank you in advance for all you are doing to help keep Earth wild!