My memory of “The Horn” 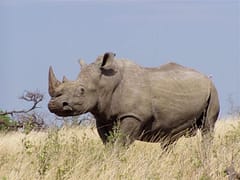 It was a singular moment for me, at 33 years, to understand and participate in this sort of personal moment in conservation history. You see, Ian lead the team that saved the white rhino from extinction, in the early ‘60’s….a pioneering achievement that involved trial and error development in the field of the tranquilizing drugs and techniques that were the basis for all large mammal field work from that time onwards. The sad thing was that, because of apartheid and ensuing sanctions activated by many countries, this amazing conservation feat was often overshadowed and hindered in its application by overriding, international political concerns.

Be that as it may, it was a privilege to be part of that moment of Ian’s life. Another aspect of this story that taught me a great deal concerned the last official act that Ian performed in 1973 before he left the wildlife service as an employee of the Natal Parks Board. “Mr Rhino”, as he was known — a world famous game ranger who saved a major species (the white rhino) from extinction — determined that the white rhino was safe, the population secured within South Africa, and he authorized it to be placed back on the hunting list on private game ranches, under strict management and quota. When I asked him why, this was his answer: 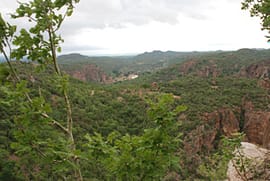 “I would no sooner shoot a rhino than I would a member of my own family. In fact, shooting a white rhino is like shooting a milk truck that has four flat tires. Unlike the more aggressive black rhino, the white rhino rarely charges (unless defending a calf) and just stands there, with poor eyesight, sniffing the breeze. But the truth is that, if the system is well managed, the sacrifice of the life of one white rhino can save thousands of hectares of wild country. The trophy fee (paid by a hunter) for a single white rhino is enough money to secure a large conservation area for a long time. We must be practical if we are to save wilderness.”