Government support for protected areas including indigenous lands in the southeast Amazon has been tenuous to absent. Over the past fifteen years NGOs have played a crucial role in helping the Kayapo to continue to protect their lands by supporting them to i) monitor and control their boundaries, ii) build local institutions that function in outside society for accessing, administering and implementing conservation and development funding, and iii) develop sustainable business enterprises for communities. Our Kayapo program builds on these three pillars of land protection by an indigenous people.

The goal of our Kayapo program is to help the Kayapo continue to control and protect their legally ratified lands. Key objectives of the program are to: 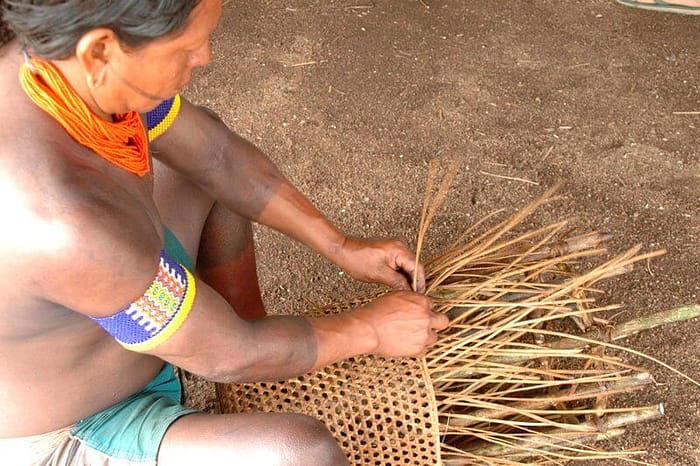 Territorial surveillance: ICFC and our US based partner EDF provide surveillance infrastructure to Kayapo NGOs including boats, outboard engines, radios, 4X4 vehicles, expedition supplies, fuel, equipment maintenance and also capacity building workshops. We support the Kayapo NGOs to perform overflight surveillance and ground patrols with the result that several foci of illegal activity have been identified over the years: goldmining, logging and encroachment by ranchers. Once identified, Kayapo expeditions remove the invaders . If the problem persists or becomes too widespread such that helicopters and police are needed, Kayapo NGOs pressure the federal government to enforce the law.

Surveillance was scaled up in 2013 and 2014 in response to a higher incidence of invasion. High gold prices have intensified pressure on Kayapo lands in addition to increased immigration to the region because of road building and paving. Helicopter supported action by government authorities (FUNAI, Ministry of the Environment and Federal Police) became necessary to neutralize the expanding problem with gold-mining with Kayapo NGOs contributing supplies to and helping to articulate these operations. In these major military style government operations, the miners are first warned to leave the area.

Driven by high prices for export grade timber in concert with an expanding frontier population, illegal logging is also expanding on Kayapo lands. With incursions mapped by Kayapo NGOs using overflights and ground patrols, government operations in 2014 are focusing on shutting down illegal logging (insert IK ground patrol photos and burning chainsaws) as well as gold-mining.