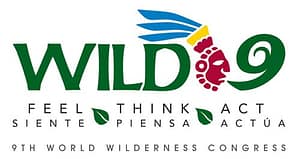 In November 2009, WILD9 hosted 1800 delegates from 50 countries in Merida, Mexico, and over 12,000 online participants from 130 countries. Opened by President Felipe Calderon, WILD9 conveyed a an extraordinary atmosphere of hope and enthusiasm.  With the central theme of wilderness, people and climate change, the WILD9 process addressed the most imperative environmental issues, resulting in many specific outcomes, available for download (in English & Spanish) and summarized below:

WILD9 is a project of the WILD Foundation, Unidos para la Conservacion, and many collaborating organizations, institutions and government agencies from Latin America and around the world.

The symposium on science and stewardship to protect and sustain wilderness values was the largest of multiple symposia held in conjunction with the Congress. The papers contained in this proceedings were generated at this symposium or submitted by the author or authors for consideration for inclusion in this proceedings, and have been organized into six major topics: